8 Of The Most Popular Italian Desserts You Have To Try

If you're visiting Italy, you will surely want to try some of its decadent desserts. You will find out that many Italian regions have developed their own favorite desserts, and it is worth trying a couple of them.


But, are you wondering what are some of the most well-known Italian desserts?


If you are, let's have a look at 8 of the most popular Italian desserts you have to try. Or, at least, try to make at home.

Tiramisu is an elegant Italian dessert that is layered and very rich. The name Tiramisu, if translated, means "a pick me up."

The Origins of Tiramisu
The name comes from the Italian Treviso dialect. Historical records show the origin of Tiramisu as a brothel in the center of Treviso in 1800.


Separate the egg yolks from the whites into two different bowls.


Pour the coffee into a wide bowl, and quickly dunk each cookie into it. Arrange about half of the cookies so that they completely cover the base of a shallow (1½-inch deep) rectangular (11 by 7-inch) dish. Cover the cookies with half of the mascarpone mixture.


Arrange another layer of soaked cookies, and top with remaining mascarpone mixture. Sprinkle with cocoa powder on top.


Cover the dish with plastic wrap, and refrigerate for 4 hours before serving the sweet Italian pick-me-up.


Check out the full recipe and instructions from Chef Katia Delogu at Eataly.

Check out this video on how to easily make Tiramisu.


This dessert is enjoyed by those who love sweet treats and is best enjoyed straight out of the oven (warm).

The Origins of Sfogliatella
This dessert is native to Campania. Sfogliatella Santa Rosa was first made in the monastery of Santa Rosa in the 17th century. Pasquale Pintauro managed to get hold of the recipe and began selling them from his store in Naples in 1818.

Check out a simple way to make Sfogliatella.


Check out our graphic Apparel And Home Decor 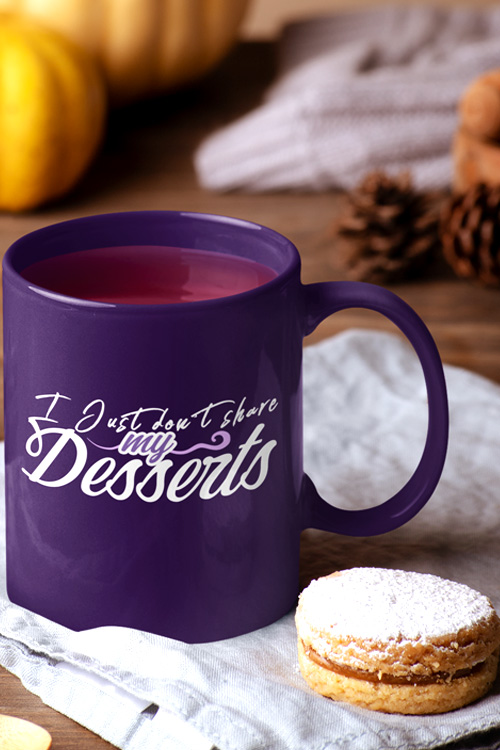 I Just Dont Share My Desserts - Mug T-shirt and more 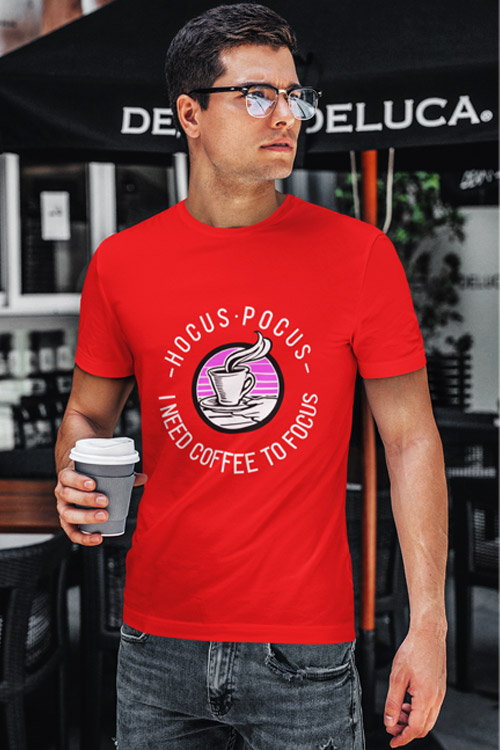 Hocus Pocus I Need Coffee To Focus T-shirt and more 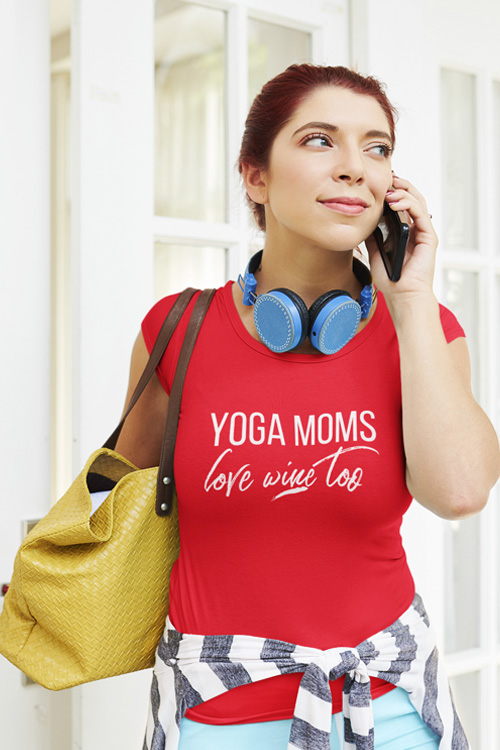 Torrone is a traditional Italian Christmas treat, pretty much a nougat. It is also popular in Spain. In the Italian version, the dessert would have a lower proportion of nuts.

Main Ingredients
The main ingredients of Torrone are sugar, egg honey, and almonds. Torrone's shape is either a rectangle or a circular one.

The Origins of Torrone
The exact origin of Torrone is unclear as there are similar desserts of Arabian origins that were brought to Spain. There is also a similar dish that was popular in ancient Rome.

Check out this video on how to make Torrone with Chef Anna Olson's.

Cassata is a traditional dessert from Sicily. It consists of a round sponge cake soaked with fruit juices or liquor before layers of ricotta cheese mixed with candied fruit are added. The cake is then coated in marzipan before pink and green colored icing is applied.

The Origins of Cassata
Cassata is thought to have its origins in Palermo in the 10th century, while Sicily was under Arab rule.

Cannoli is a delicious Italian pastry made of tubes of fried pastry dough. They are filled with a creamy mixture that typically will contain ricotta.

The Origins of Cannoli
Caltanissetta, Sicily, is thought to be the original place that Cannoli was made, between 827 and 1091 AD.


They were made as a treat to help celebrate Carnevale. They later became so popular and were made all year round in Sicily.

Check out this soothing and funny narration by the Babish Culinary Universe while making Cannoli.


We have links to product and services from our affiliates. We may receive compensation when you click on those links, at no cost to you of course.

Get These Italian Desserts Online

If you're looking to get a taste of Italy, you can check out these 3 Italian desserts. They make great Easter gifts are well. 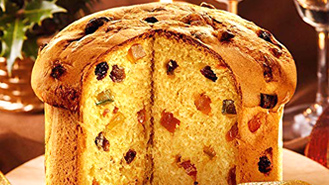 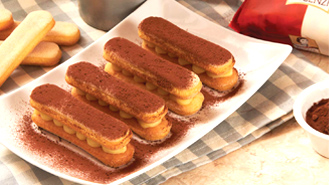 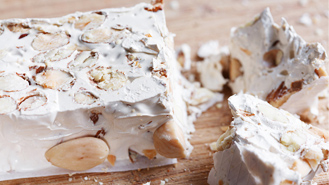 Panna Cotta is Italian for cooked cream. It is a popular Italian dessert that reemerged in the 1960s.

Previously it has been described as a traditional dish from Piedmont.

The dessert consists of sweetened cream that is thickened with gelatin and then molded. The dessert may have other flavors infused.

Main Ingredients
The main ingredients are heavy cream, sugar, gelatin, vanilla pod, berries, with either coffee, vanilla, or other flavors.

The Origins of Panna Cottai
The exact origins are not known. One well-known story claims it was invented by a Hungarian woman living in Piedmont. Others say it came from a similar dessert called Latte Ingles' (English Milk).

Pastiera Napoletana is a pie typically eaten during Easter and other Italian celebrations.
The pie is made with cooked wheat and eggs. A Ricotta cheese filling is added, which is flavored with Aroma Millefiori (Flower Essence) or Orange blossom water. The dessert is best eaten cold.

The Origins of Pastiera
This dessert was probably first made in the convent of San Gregorio Armeno. The nuns there were considered exceptional at creating new dishes.

Tartufo is an ice-cream dessert from Italy that typically has two flavors. The ice cream has either frozen fruit or fruit syrup included in the center.


The fruit would usually be raspberry, strawberry, or cherry. This delicious ice cream concoction is covered in an outer shell made from chocolate. Sometimes the shell may contain cinnamon or nuts.

The Origins of Tartufo
Giuseppe De Maria (Don Pippo) is credited with inventing the dessert by accident during a high society wedding he was catering to in 1952 in Messina. The process he used became an instant hit, and there was a massive demand for the ice cream treat.


Which is your favorite Italian Dessert? 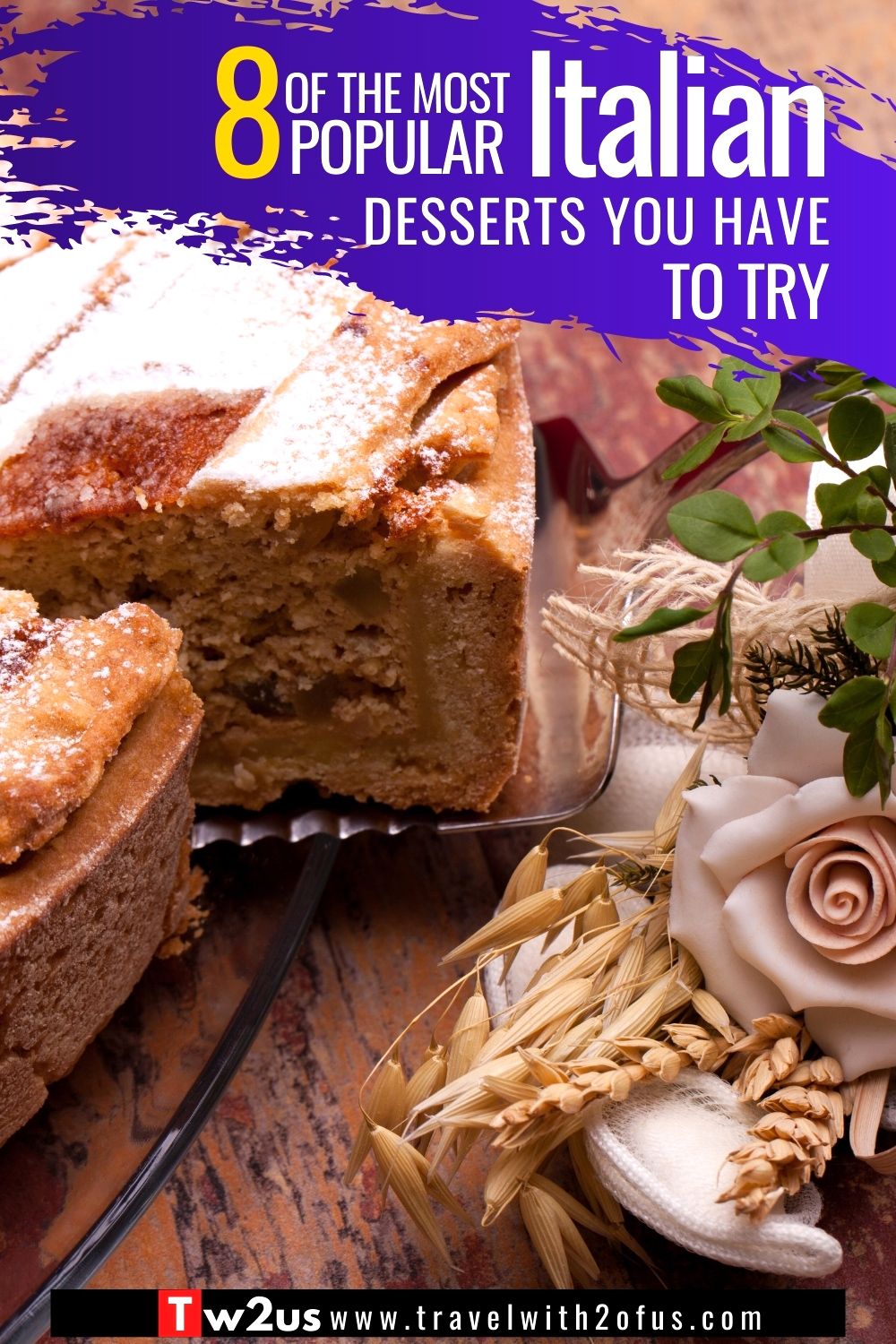