We have never visited any of the French Caribbean islands before so passing through Martinique was a treat for us. We touched down in Martinique on December 22nd; it was our last stop before heading back to Guadeloupe.

After an exciting ten days trotting around several islands (Antigua and Barbuda, Guadeloupe, Santa Domingo, St Maarten and Catalina Island), I told Nikks we should explore Fort de France on foot instead of paying for a tour. She was not having any of it, but with much pleading and an enormous amount of hesitation from her she eventually agreed.

After coming off the ship in Quai des Tourelles, one of two cruise ports in Fort de France, the other being the bigger Point Simon Cruise Terminal, we headed straight downtown/Center Ville. The first thing to get my attention was a vividly colored horse drawn buggy offering willing visitors a ride into the city. Once commonly seen around the Caribbean it is now a rarity and No! It's not free.

Of course you could save some cash if you book a flight and hotel package to Fort-de-France, Martinique! 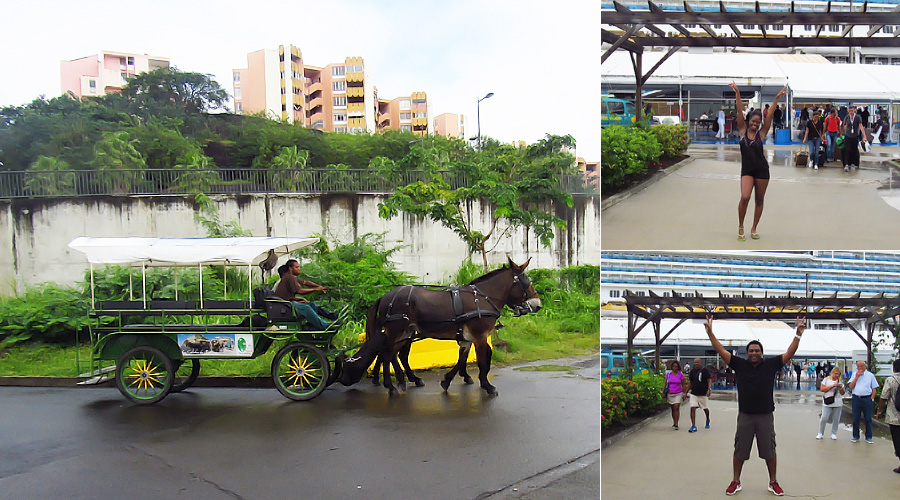 There is a certain calm prevailing as we walk the streets of Fort de France. The air is moist from an impromptu shower. The weather here is unpredictable. It changes from sunny to rainy in seconds. At least that's what we experienced. We were told to expect this by one of our new friends we met on the cruise ship and who had visited Martinique before.

Another thing you notice is the Europeaness or maybe more so the Frenchness of the place. The street signs mimic those that are found in France. The banks are all European or more precisely French and include the likes of Crédit Agricole, Société Générale and BNP Paribas. On using the ATM you get cash dispensed in euros. Just in case you didn't know, Martinique is in fact a French territory so their currency is the euro.

Walking along the Avenue des Caraibes with the Express des Iles, Inter-Island Ferry Terminal to our backs, the first thing you notice in the distance is the Schoelcher Library (Bibliothèque Schoelcher). Located on the Rue Victor Sévère it was inspired by Victor Schoelcher, a humanist and opponent of slavery. Schoelcher donated his private collection of over 9000 books and 200 plus musical scores to Martinique's General Council in 1883 with the strict condition that a public library must be built.

As we continue our walk and me snapping away at everything in sight, sometimes annoying Nikks with my continuous stopping, we turned on to Rue de la Liberté at which point Nikks realized that free wifi was available and decided to have a seat on one of the many benches available around the Savane and to enjoy the freeness. There is no free wifi on the cruise ship and you can imagine the cost of the packages. So the plan was for me to go get my photos and meet her back when I was finished. 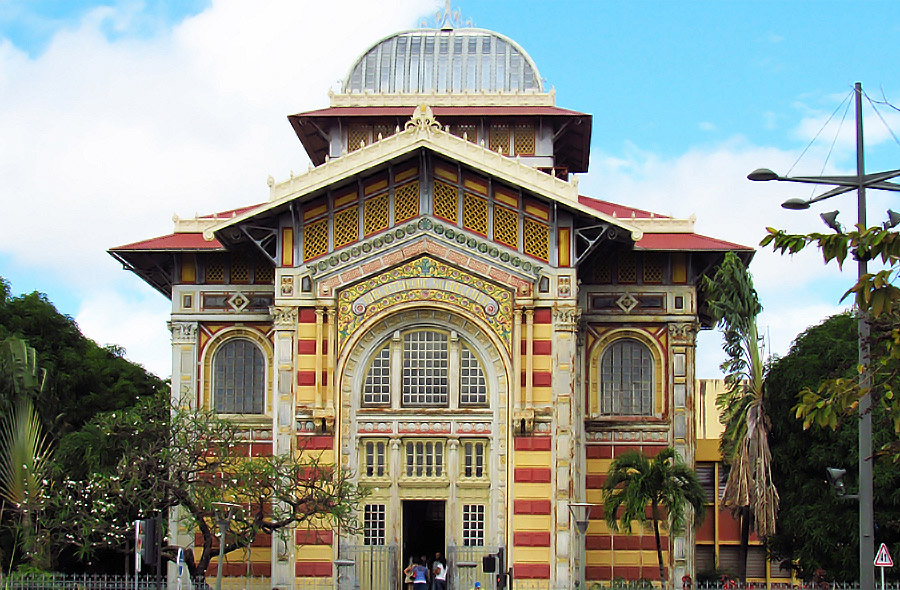 My next stop was the Museum of Pre-Columbian Archeology (Musée d'Archéologie Précolombienne). The museum promotes the heritage of Martinique and features West Indian prehistory and Carib Indian civilizations information and is located in the center of Fort de France, in front of the Savane. It offers a collection of pre-Columbian archeology that traces about 4000 years of prehistory of Martinique.

Further down the street I found the Belain d'Esnambuc Statue (Statute de Belain d'Esnambuc). It is one of the statues in the Savane and is located opposite what is commonly called Le Malecon, or more aptly described as the waterfront promenade. Pierre Belain d'Esnambuc is credited with establishing the first French settlement in Martinique sometime around 1635. The other statute I saw was the La Martinique Reconnaissante. It is located closer to the Saint Louis Fort side of Savane. 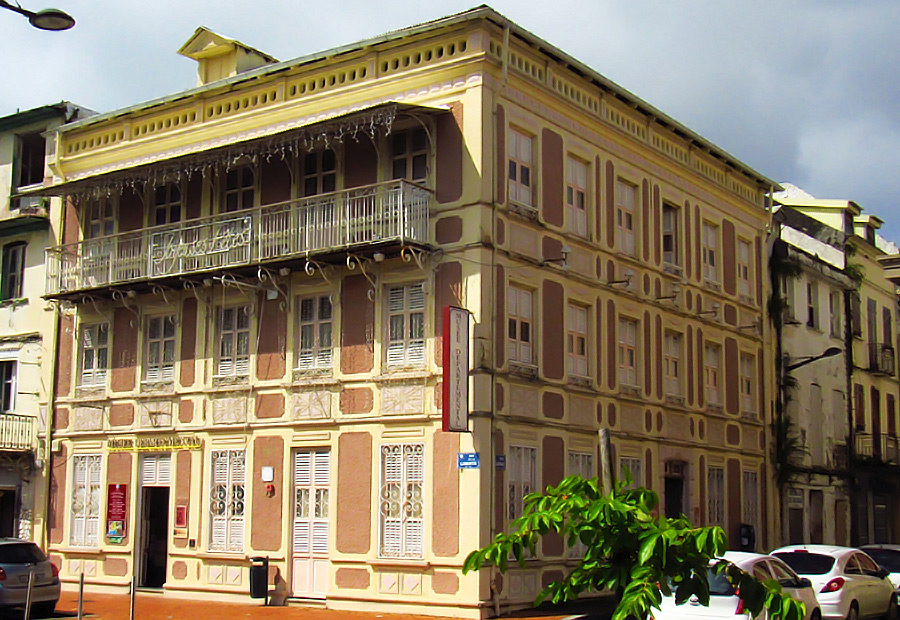 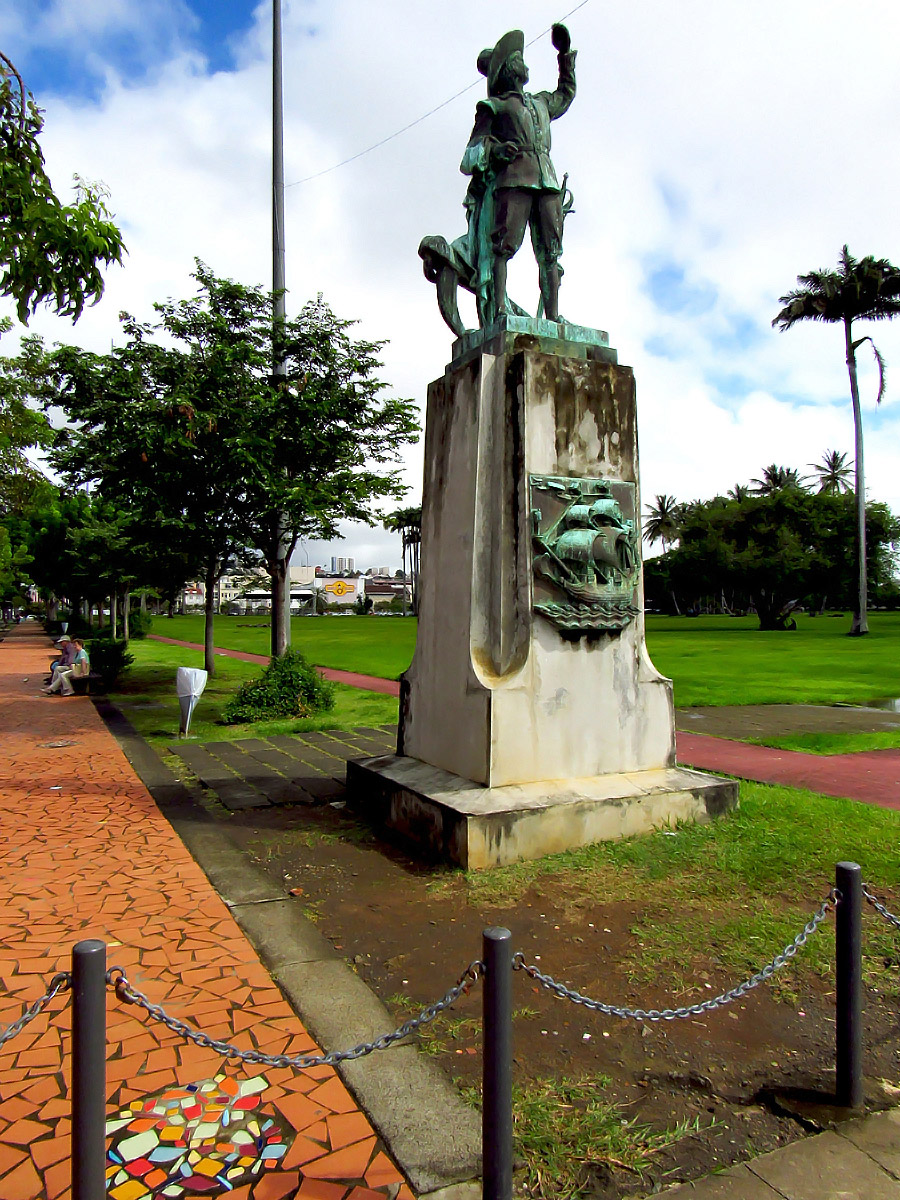 The next stop I made was at the St Louis Cathedral (Cathédrale Saint-Louis). In most parts of downtown Fort de France you can see its steeple. I just had to get a photo of it. It is really beautiful. Unfortunately, or maybe fortunately, it was under renovation so you won't be able to see it in its true splendor. Located at the intersection of Rue Victor Schoelcher and Rue Blénac it serves as the cathedral of the Roman Catholic Archdiocese of Fort de France. It was completed in 1895 and its facade features a steeple that rises 187 feet/57m above the city of Fort de France.

Walking back up the Rue de la Liberté to reconnect with Nikks I noticed that there were several cafes lining the Savane and decided to get a Gelatofor Nikks and a local beer for me (Lorraine Blonde). The cafes that line the Savane offer a variety of items including pizza, sandwiches, homemade ice cream and sorbet, beer, wine and other beverages and meals. 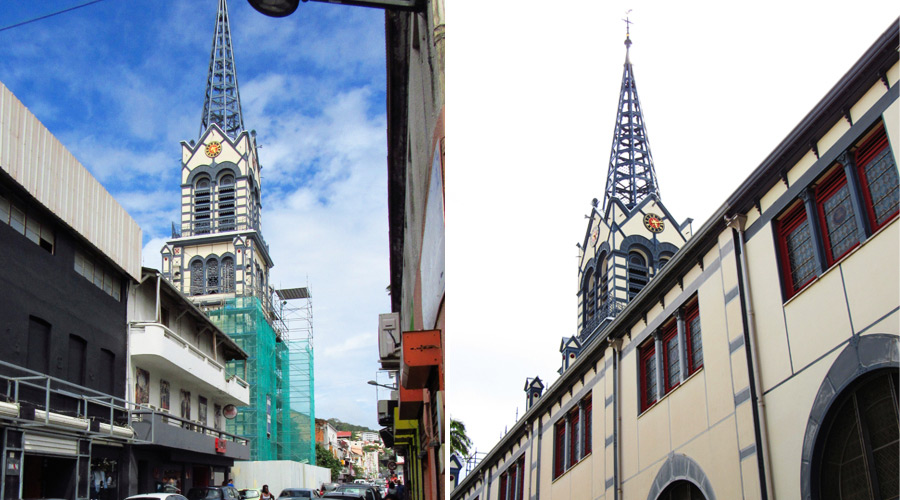 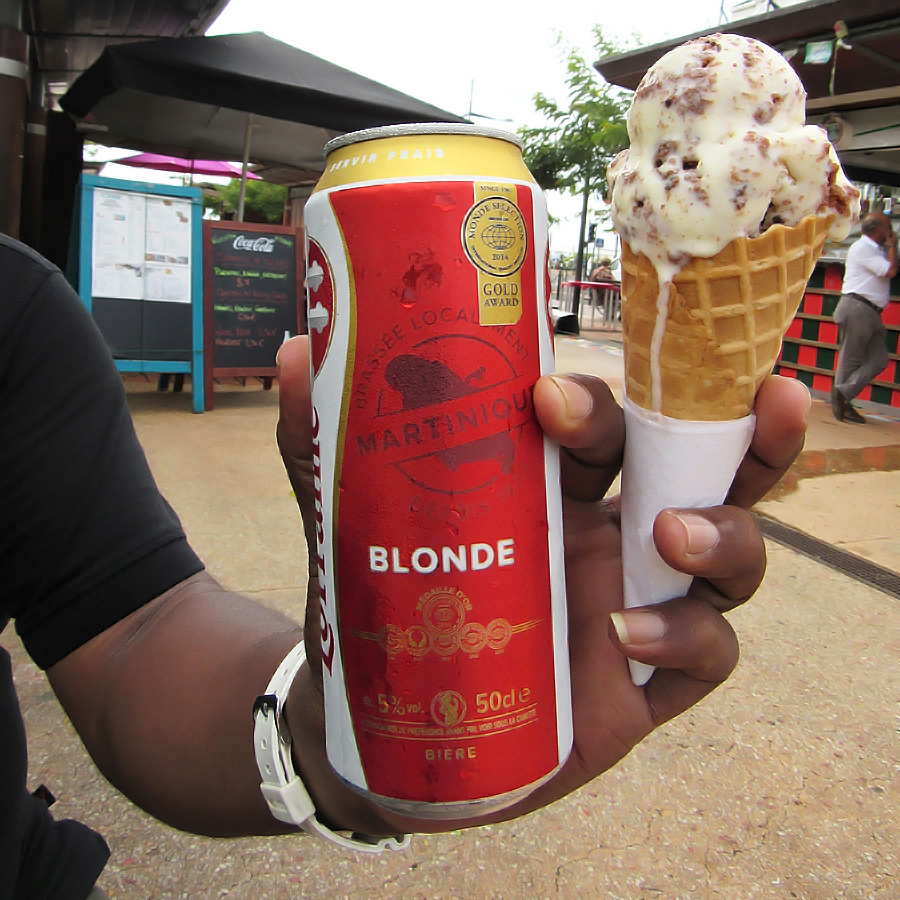 After spending a little time relaxing, we headed towards the St Louis Fort (Fort St Louis), which can be found if you walk east along Boulevard Alfassa and to the end of the Savane on Boulevard de Chevalier de Sainte Marthe. If you want to enter the fort you will have to purchase a ticket at the tourist information booth located at the corner of Rue de la Liberte and Boulevard Alfassa.

The seaside fortress was constructed some time around 1638 and in its current form is still an active naval base and a listed historic site of France. You will not be able to access the naval base section.

We were just sightseeing and did not enter the fort, but we sure had fun taking photos at two of the entrance close to the roadway.

Further down the road we took some more photos at the front of the Marine Nationale Base Navale. 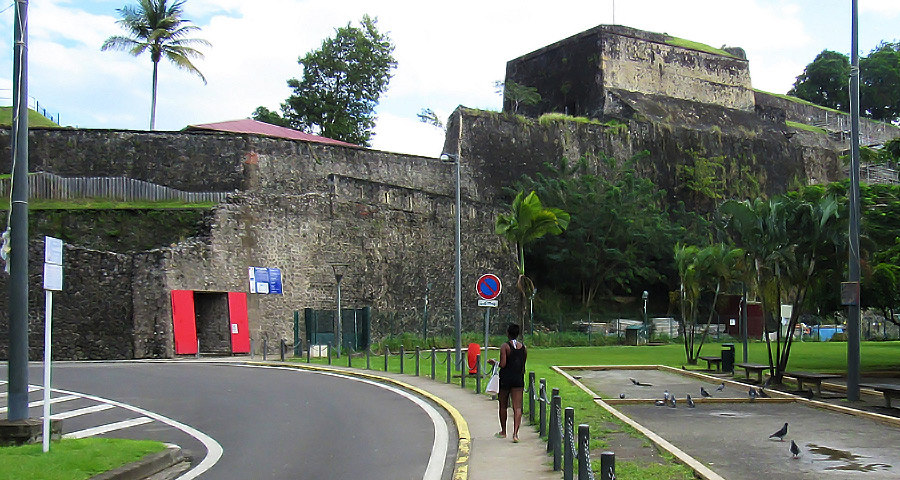 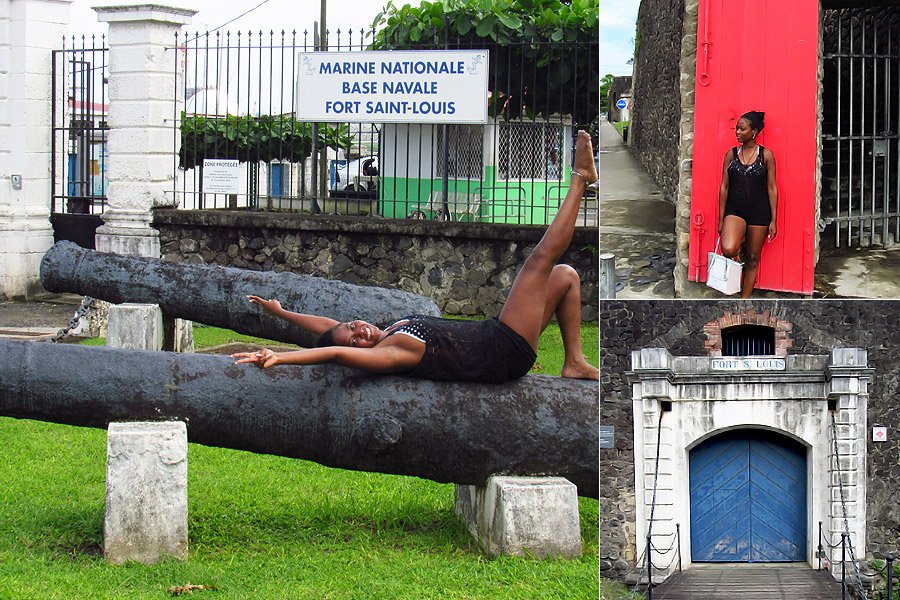 Chill out and the Waterfront promenade

If you are visiting Fort De France, Martinique for a short period and you are not interested in historical sites and monuments, but prefer to sit and have a drink or a meal you can do just that at Hasta La Pizza at the corner of Rue de la Liberté and Rue Ernest Desproges. It's a busy roundabout and you can observe the daily routine of the locals as they go about their business. If you are not into that as well you can walk across the road and chill out on the waterfront promenade (Le Malecon). 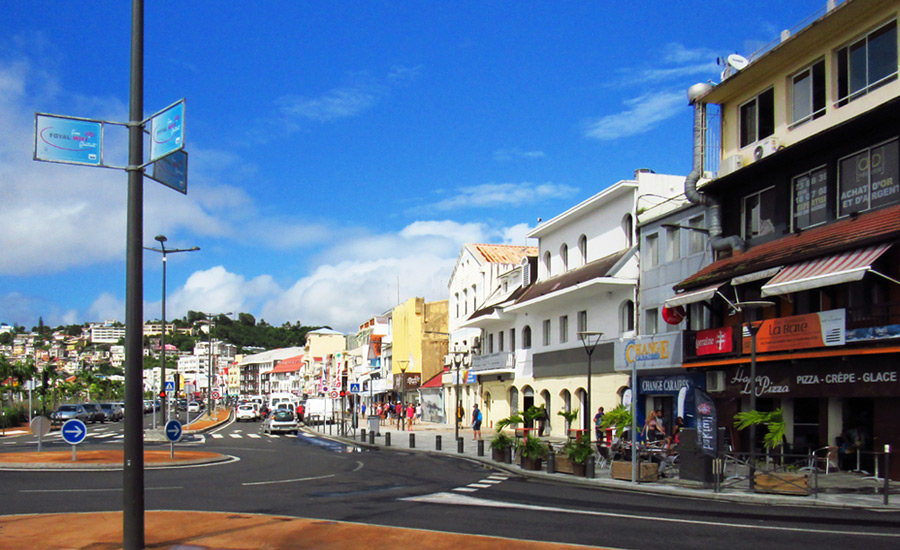 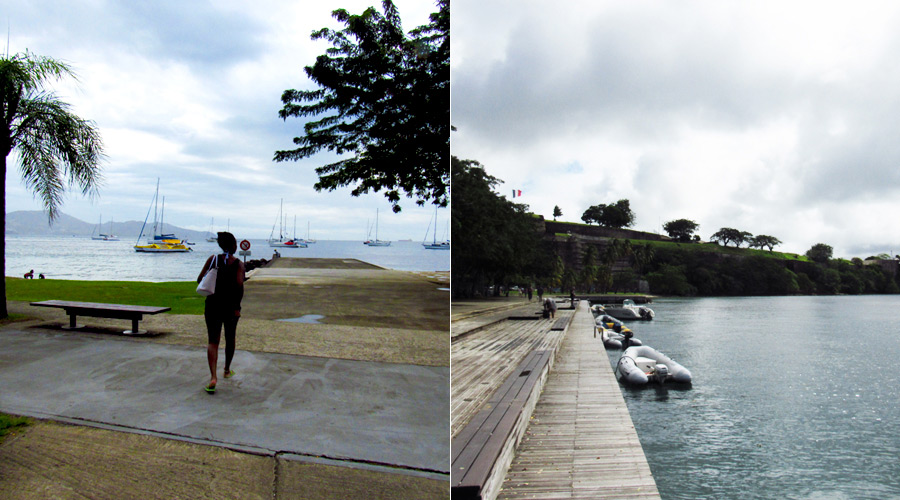 If none of the above doesn't interest you, you can take a ferry just across the road and visit the beaches at Anse à l'Ane, Anse Mitan or Pointe du Bout. We decided we would take the ferry to Pointe du Bout. The tickets cost seven euros return per person and the ride is estimated to take about 20 minutes. 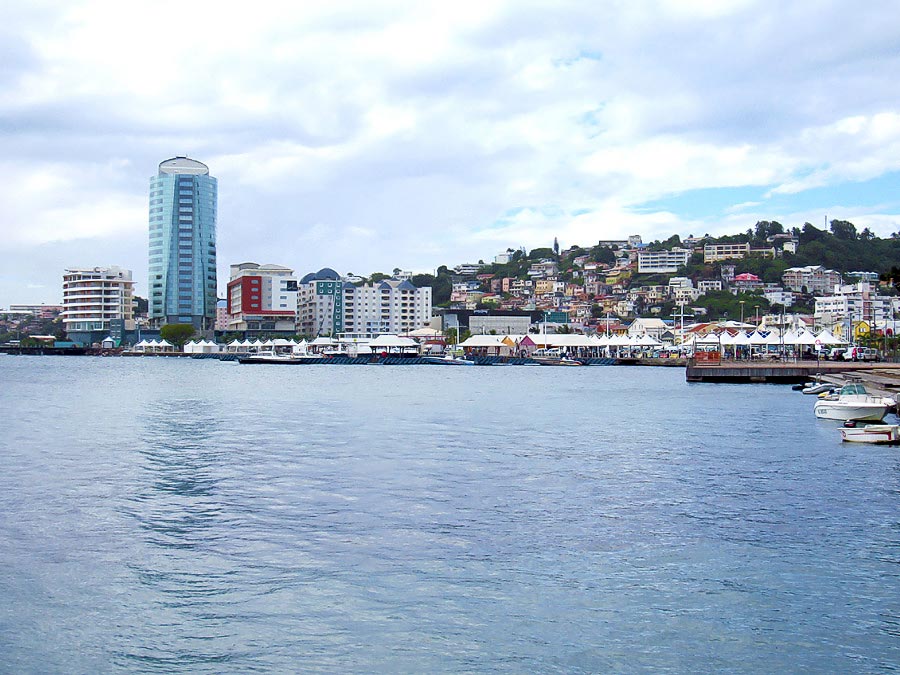 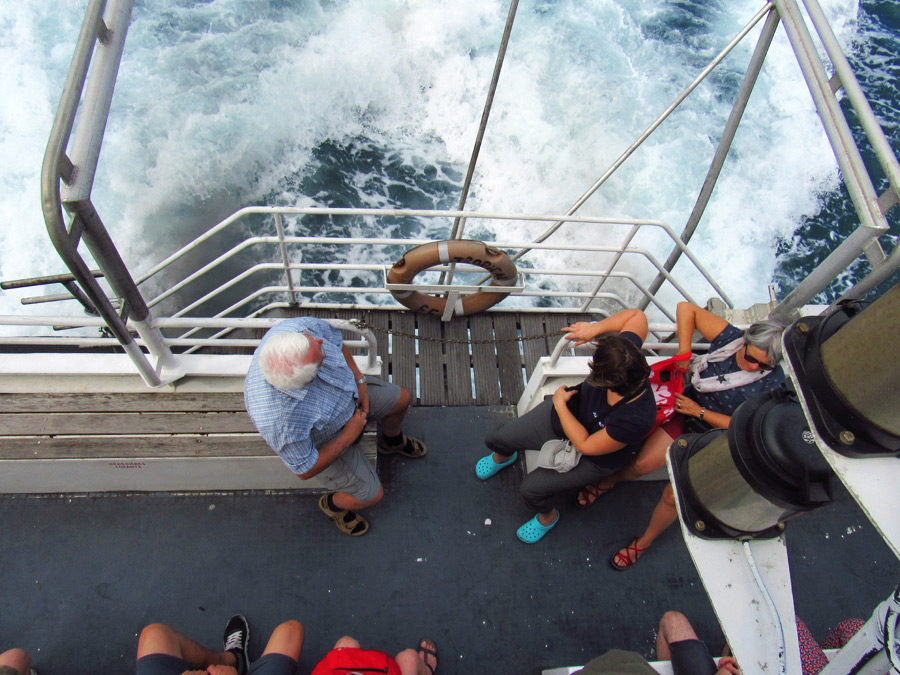 On arrival at Pointe du Bout we were famished and decided to seek out a meal at the one of the local shops. We decided to try the food at Restaurant L'Explorateur because it offered local cuisine. It's a cozy little place located at the Marina Point du Bout.

After perusing the menu, we decided to try the creole pork. Oh! My! Goodness! That was one of the best tasting pork we have had. It is basically what we call stew pork back home. Trust me that was some really good pork. The side dish that accompanied it was mashed cassava (Yucca), white rice, and bread of course, and something baked with a delicious cheese crust. We have no idea what it was and to be honest we both have never tasted anything like it. It was OK. Anything with cheese is. Unfortunately because they don't speak English and we don't speak French we could not find out what it was.

The restaurant is located on the top floor of the building and you get a great view of the marina which lies just opposite. It makes for quite a relaxing and enjoyable meal. Even the way they presented the bill had us amazed. It was given to us in a miniature treasure chest. 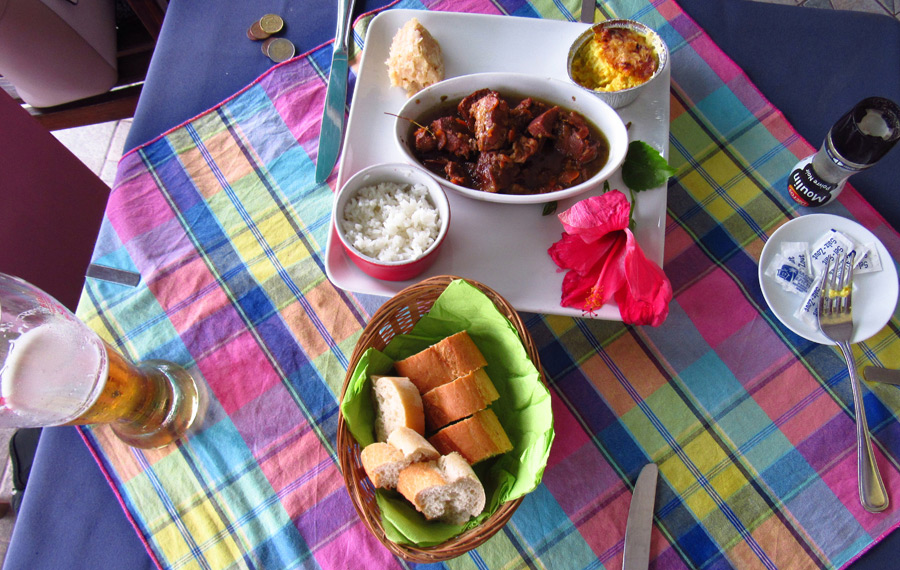 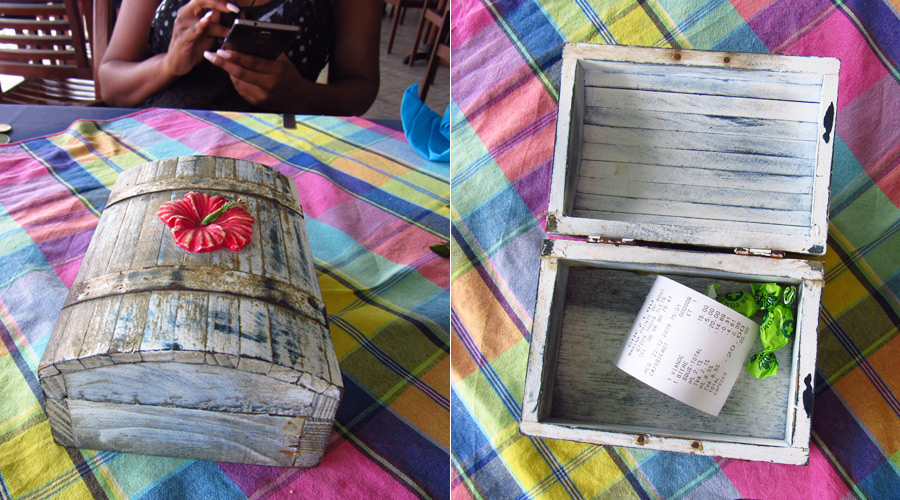 Back to For de france

After we paid our bill, we headed out to the beach. During this time the battle between the rain and the sun continued. The rain was not heavy, but just enough to annoy you. The public beach was pretty small and we did not go into the water. After relaxing for a bit we headed back to the marina to catch the ferry back to the ship. A day well spent in For de France.

If you are visiting Martinique remember:
The currency is the euro. They speak French, there are many beautiful beaches and if you are staying for more than a day remember to walk with your electrical socket converter/adapters because they use European sockets.

PLANNING TO VISIT MARTINIQUE, THEN CHECK OUT THESE RECOMMENDATIONS BY NIKKS: 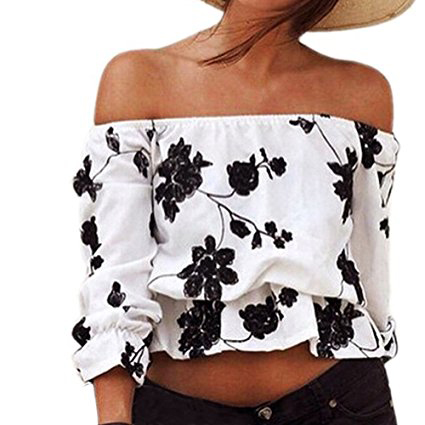 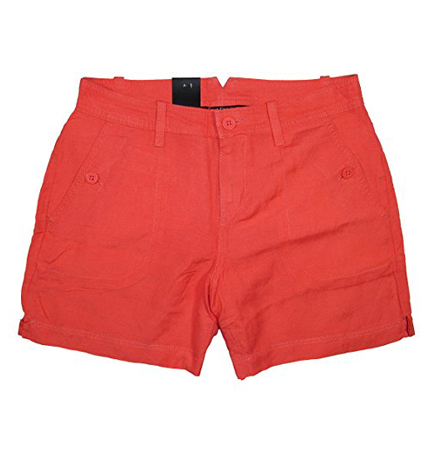 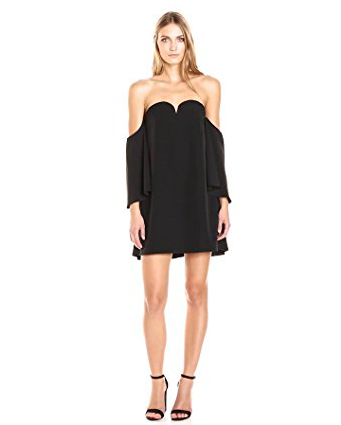 
Have you ever visited Fort de France Martinique? Let us know what you thought about the city.

Things to do in Amsterdam with little or no money

Amsterdam is a bustling, vibrant city; its energy can be witnessed ...

How to move around the Caribbean with its regional airlines

I always tell people that the Caribbean is more than just the ...

Going on first trip to Milan? Free and other things to do

If you love fashion, then Milan is a bucket list must. While a bit ...