The beautiful and diverse landscape of Chile in photos

We have written about Ecuador and Argentina, and now we feature Chile. Like both, Chile is also a nature lovers' paradise.

Its breathtaking snow-capped mountains, beautiful lakes, and beaches, as well as its seaside sculptures, are guaranteed to pique the interest of visitors to this South American country. Chile is also home to some of the world's finest wines.


The colorful cities of Valparaíso, its capital Santiago and other cities like La Serena, PuertoVaras, Arica, Iquique, Viña del Mar, Concepción, Puerto Natales, and Temuco will also be of interest to travelers.

Do you know you can save some cash when you book a hotel and flight package to Chile? Check it out for yourself.

Popularly known as the City of the Island Hills, it is home to about 6.2 million people – as of 2015.

The head of the city is known as the Intendant. However, several entities bear the name Santiago. The Commune of Santiago is the central commune of the Santiago Province. 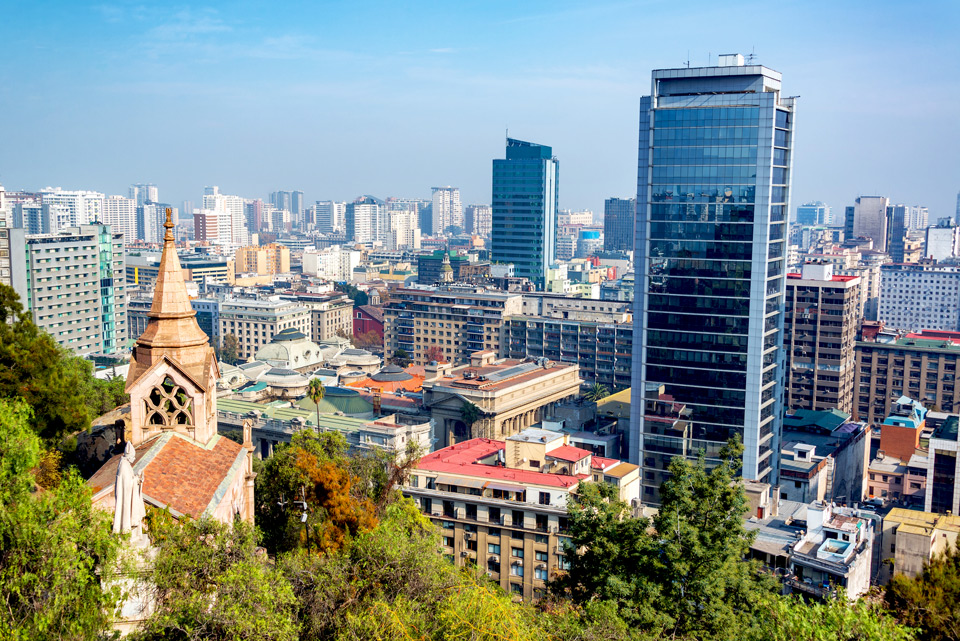 One of the most colorful places in Chile, Valparaiso, is also commonly known as "The Jewel of the Pacific." It is also one of the flourishing municipalities in the country.


With a population of 285,000 people, it occupies an area of 402 square kilometers. It has a low elevation of a paltry 10 meters above sea level.


Located approximately 112 kilometers northwest of Santiago, it is also one of Chile's most important seaports. Municipal Museum of Fine Arts, Concepcion Hill, Sotomayor Square, and Bellavista Hill can be found in Valparaiso. 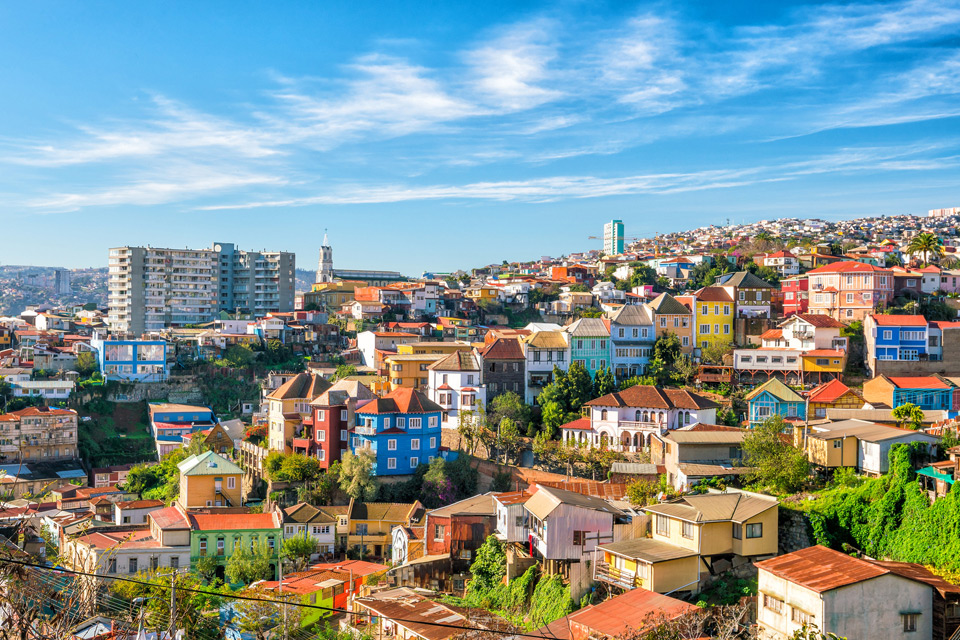 Check Out Our Custom Designed Apparel And Home Decor 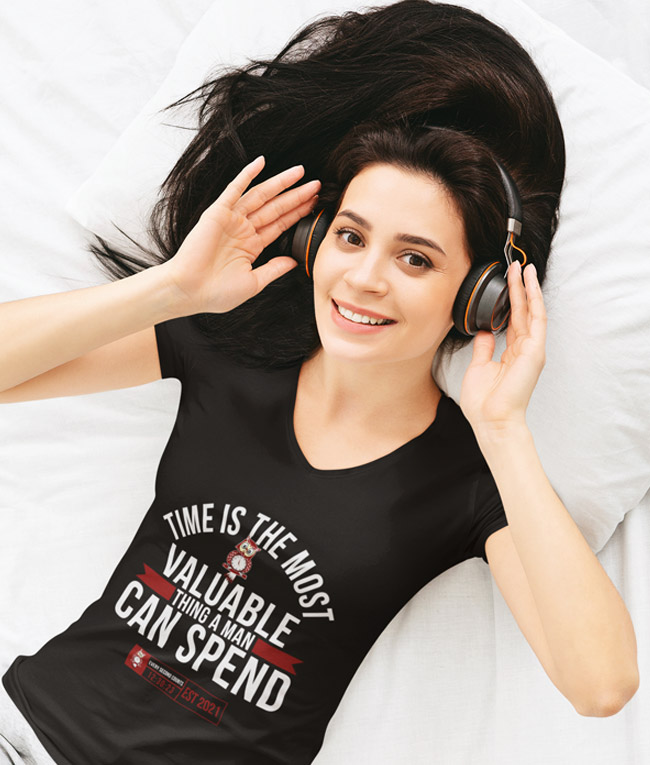 Time Is The Most Valuable Thing A Man Can Spend 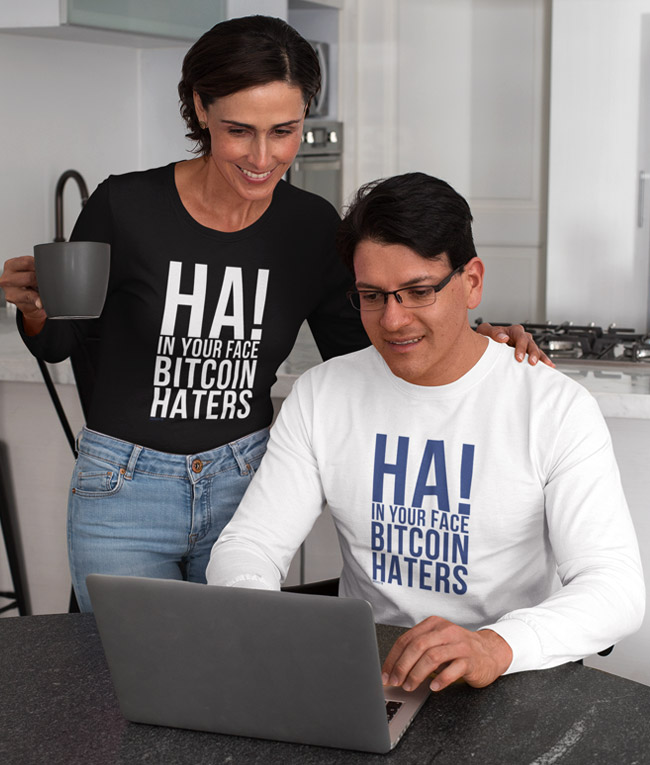 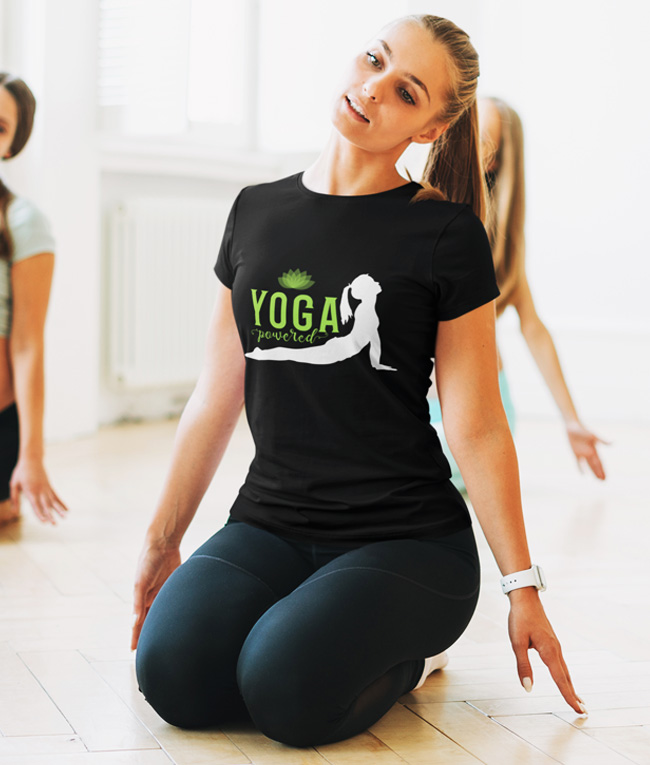 Coquimbo is one of the 15 first-order administrative units in Chile, and La Serena is its headquarters.

Four hundred kilometers north of Santiago will bring you Coquimbo, which lies at the same level as the sea. It has a total area of 41,000 square kilometers with a population of 688,000 people.


Gigantic architectural structures define this region. These include the Cruz del Tercer Millenio and El Faro, a tower in La Serena city.


It is also a great place to check out some of the Chilean vineyards (BTW: Important wine regions in Chile include Cachapoal, Rapel, Maipo, Colchagua, Elqui, Choapa, Itata, and Aconcagua valleys).


Check out the beaches in La Serena, as well as the Plaza de Armas de La Serena, Faro Monumental lighthouse, and the Observatorio Turístico Collowara if you want to do a little bit of stargazing.

Located at the heart of Santiago, Chile, Cerro Santa Lucia is bordered by Santa Lucia Street to the west and Victoria Subercaseaux to the east.

To the south lies Alameda del Libertador Bernado O'Higgins. The hill is served by an adjacent metro station bearing the same name.

It towers 69 meters above its environs and rises to an altitude of 629 meters. It came into being via a volcanic activity that took place 15 million years ago.

When viewed from San Cristobal Hill, you will see a conglomeration of high-rise buildings set into the hill. You also won't miss the two forts that turn the hill into a popular tourist attraction. 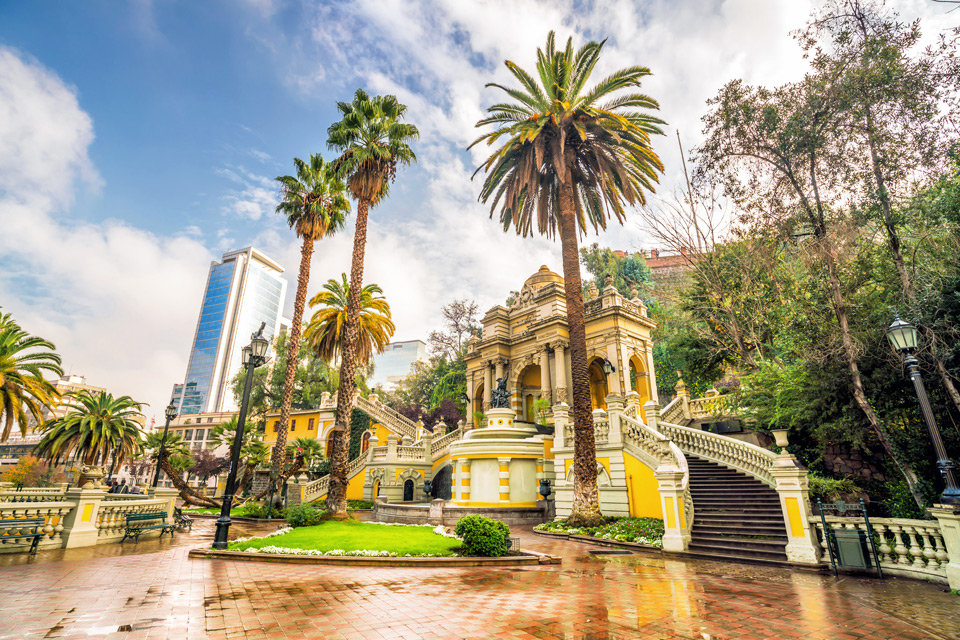 ▸ WANT TO SEE MORE OF CHILE? THEN CHECK OUT THESE MUST DO TOURS: 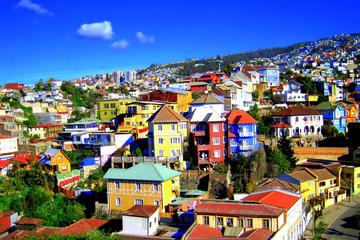 Explore the central coast of Chile on this 10-hour guided tour from Santiago.

Admire the colorful hills of the historic port city of Valparaíso, stroll along the beach at Viña del Mar, and savor the taste of Chilean wine in the Casablanca Valley. In a small group... 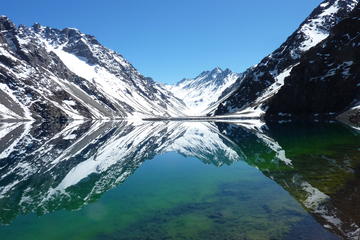 This tour will take you to the highest of the Andes by the international road to Argentina.

The route gives a postcard view of the most imposing and beautiful mountains, including one of the most... 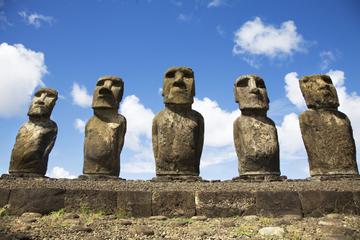 Unravel the mysteries of Easter Island on a four-day tour that highlights the enigmatic island's top attractions.

You’ll tour the poignant archaeological site of Ahu Akivi, the temple ruins of Akahanga, see where...

It is the main square in Chile's capital city and bears the characteristic square grid pattern. It is close to many historic architectural structures, such as the Central Post Office building and the Metropolitan Cathedral of Santiago.


The square is decorated with palm trees, features many sculptures and fountains, and is an important meeting point for locals and tourists, especially during the weekend when it is a buzz of activities. 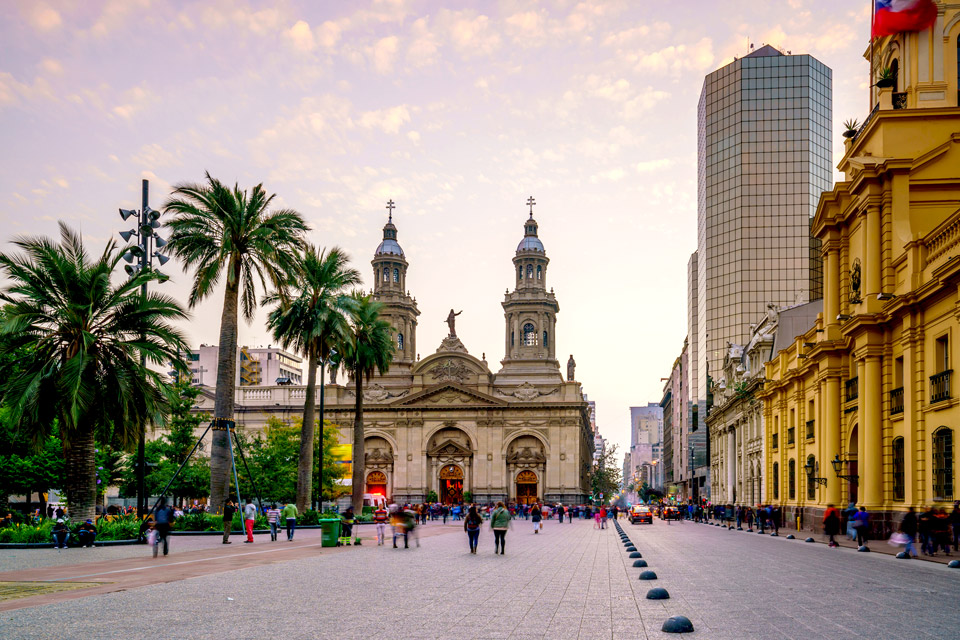 Also known as Rapa Nui, the island is known for its intriguing moai, massive stone statues depicting people. The island lies in the Polynesian Triangle at the southernmost end of the Pacific Ocean.


It has already been declared a World Heritage Site and is home to the Rapa Nui National Park. It has an area of 164 square kilometers and a total population of 6,000 people. 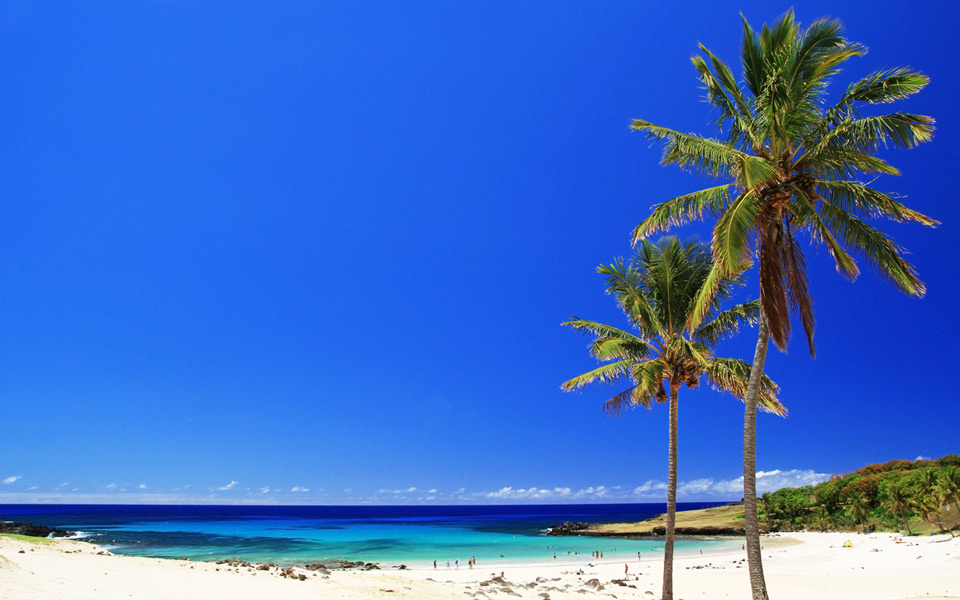 This is the largest ahu, or stone sculpture on Easter Island. On the ahu stand 15 stone statues depicting human beings. The human sculptures are known as the moai in the local dialect. A massive 18-tonne moai stands a short distance from its smaller counterparts.


History has it that the moai were once toppled in the civil wars that rocked the region in the 20th century. A massive tsunami made matters worse by sweeping the gargantuan stone structures inland. However, they have since been restored by archaeologists.


To access the stone structures, visit the Rapa Nui National Park, one kilometer from Rano Raraku. If you visit the place during the Summer Solstice, you will find all the moai facing the sunset. Great for taking selfies! 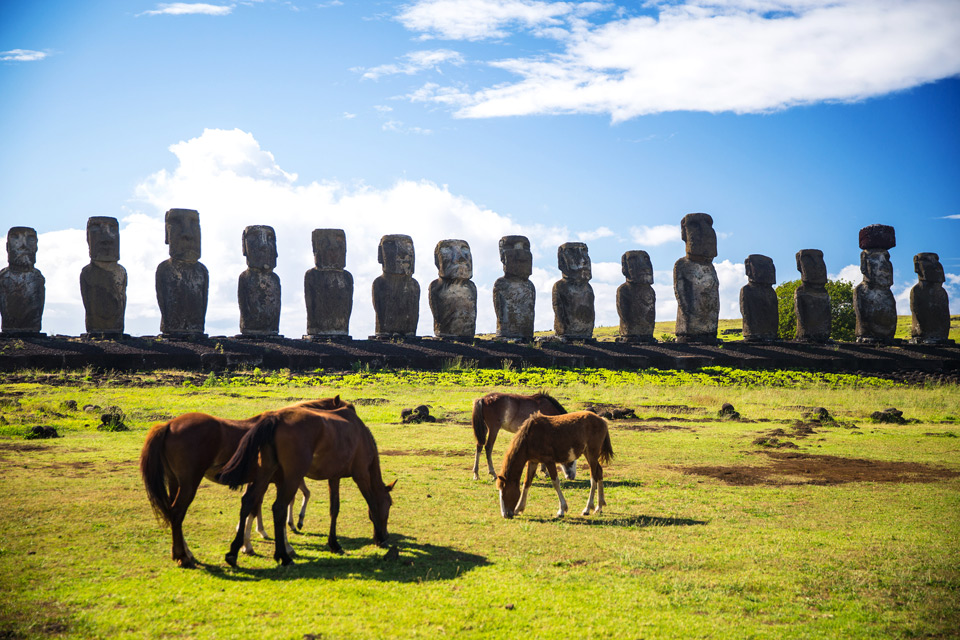 The park derives its name from the massive granite peaks within its precincts. They belong to a mountain range known as the Paine Massif and rise to a height of 2,500 meters above sea level. They are surrounded by rivers, lakes, glaciers, and valleys.


Notable lakes include Pehoe, Grey, and the Sarmiento. Tyndal, Grey, and Pingo are a few of the glaciers surrounding the three towers. 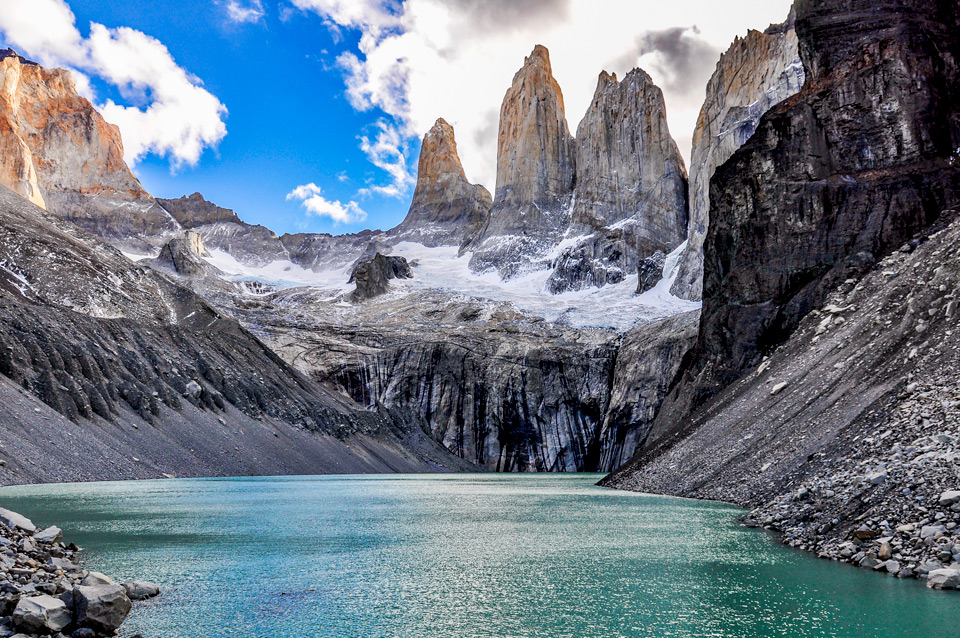 Lake Pehoe is a large surface water body in Torres del Paine National Park. You will find this park in the Magallanes Region in southern Chile. Its major tributary is the Paine River. Its distributary also bears the same name.


The lake also receives discharges from another lake, the Skottsberg. The upper reaches of the lake form its watershed, which is now flourishing with a rich variety of plants and animals. Notable fauna includes the wild Guanaco which you will find grazing in the fields. 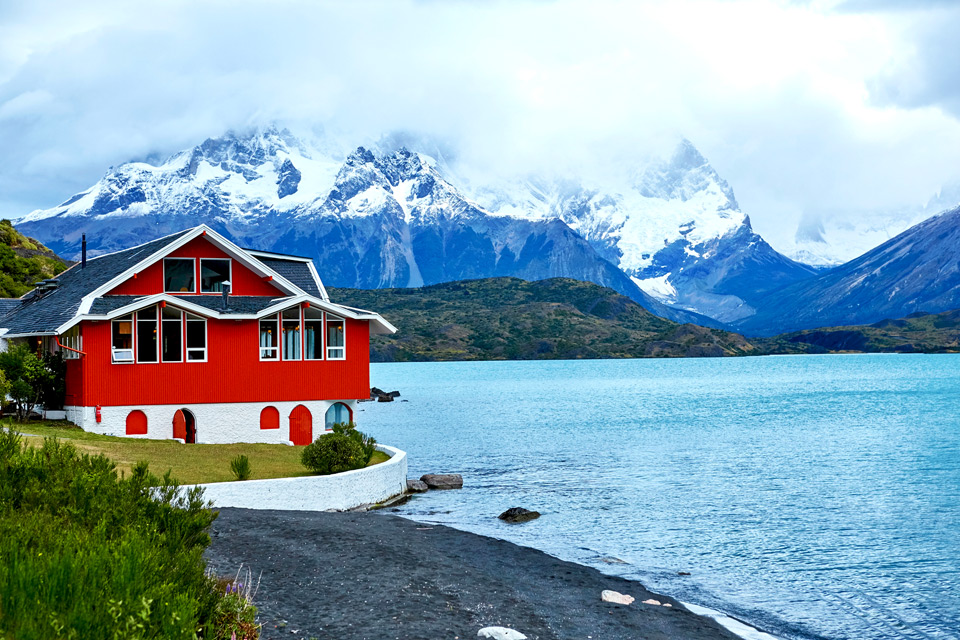 This glacier is located in the Southern Patagonian Ice Field. It covers an area of 270 square kilometers. It has its terminus in a glacial lake known as the Grey Lake.


Follow the circuit at the Paine Mountain Range to see the grey surface of the lake. If you visit the Torres del Paine National Park, look to the west and you will see parts of the glacier floating next to the lake.


One of the key attractions is the island in the middle of the glacier, where visitors disembark, take photos, and look around.

This is the world's most severe non-polar desert. It extends from the southern end of the Chile-Peru border and runs to about 30 degrees latitude to the south. Chile borders it to the south. It covers a 1,000-kilometer stretch along the Pacific coast. It occupies about 105,000 square kilometers.

Major features in the desert include sand, salt lakes, a stony terrain and felsic lava flowing into the Andes. Its aridity arises from being enclosed by two mountain chains which prevent moisture from the ocean from reaching the enclosed area. 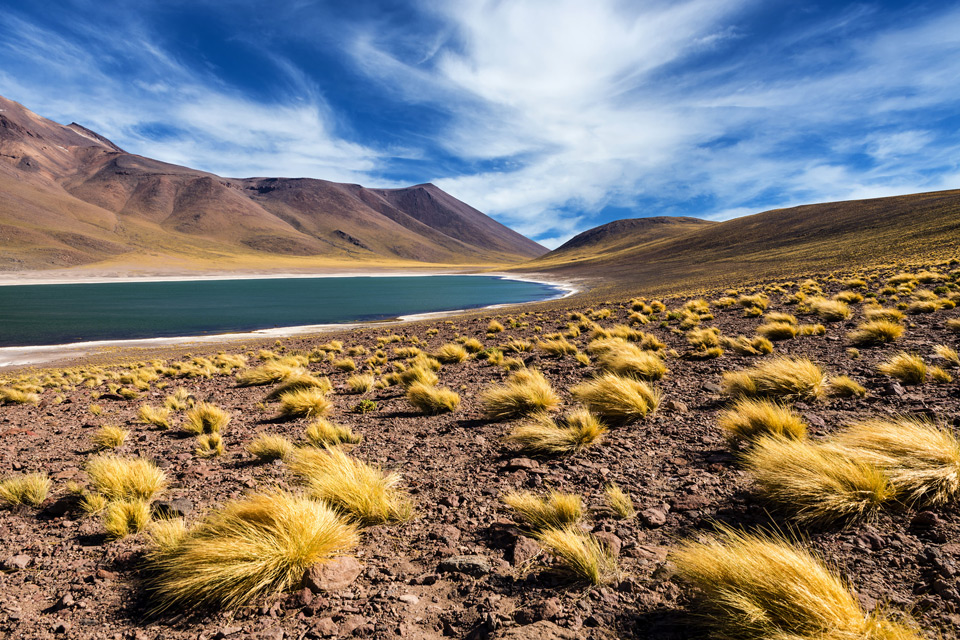 It also goes by the name Isla Grande de Chiloe, meaning it is one of the largest islands in the archipelago. As at 2002, the island had a population of 154,775 people. It occupies an area of 8,394 square kilometers. The island is located in the Pacific Ocean in the Chiloe Province of the nation. You will need a ferry to access the island from the Chile mainland. 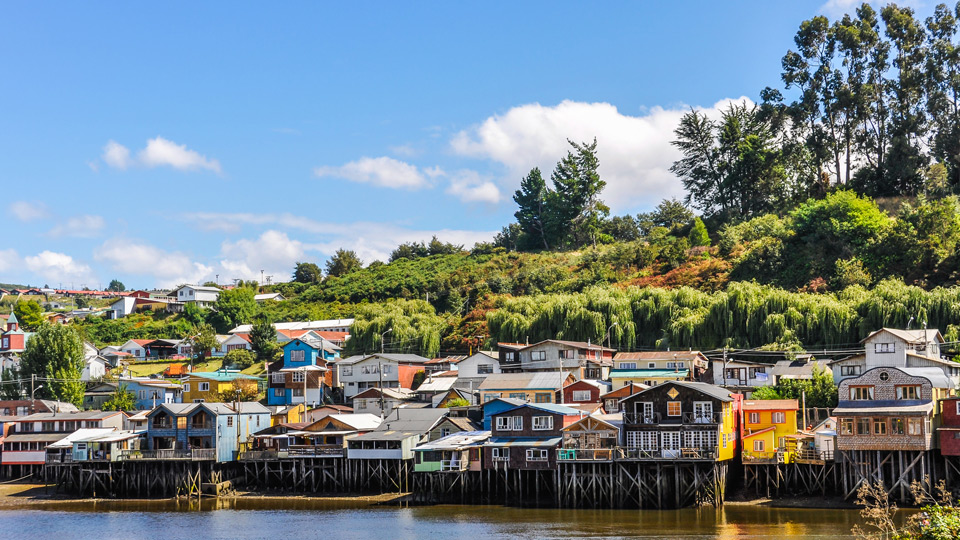 Ohhh, how cute they are!
An alpaca is a South American camelid resembling a camel, but it is much smaller and has no hump.
Alpacas thrive at elevated grounds so, you will find them grazing at an altitude of 3,500 meters in northern Chile.

Unlike camels, they don't carry loads or heavy tasks. Locals breed them for their fiber which they use to make sweaters, gloves, blankets and a variety of other textiles. They use the fiber in the place of wool.

Alpacas are also bred for their meat. An interesting fact about the Chilean alpacas is that they can be used as guards. This because they can attack other small canines like foxes. They can therefore be used to guard sheep. 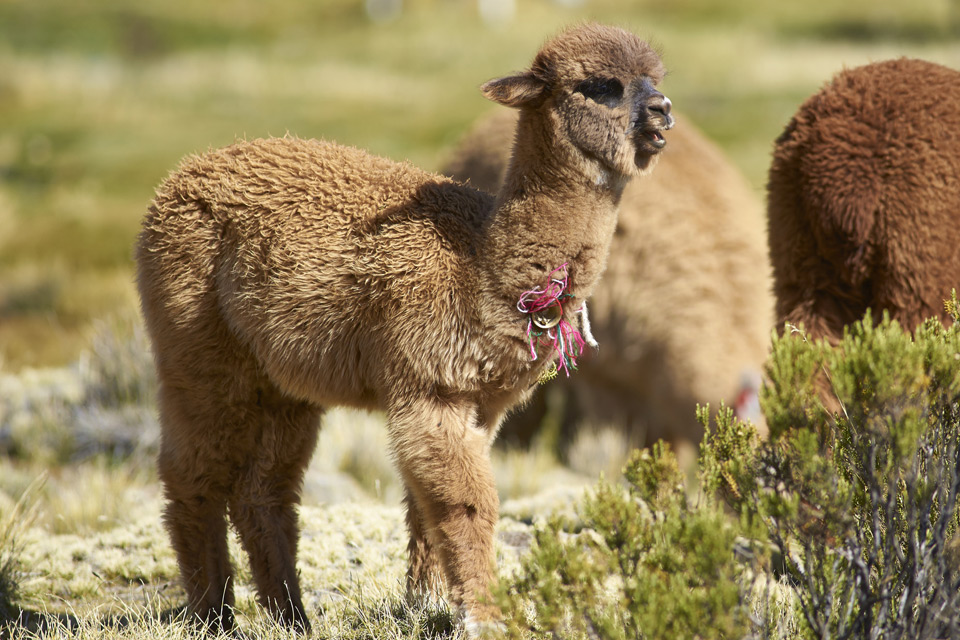 MAKE SURE YOU CARRY A POWER ADAPTER TO CHARGE YOU DEVICES WHEN VISITING CHILE. CHECK OUT THE RECOMMENDATION BELOW: Travel Type L Plug works in Uruguay, Chile, Italy and several other countries. (If you are not sure of the voltage your device uses then read the instruction manual first to ensure safe operation.)
Have you ever visited Chile? Let us know what you thought about the country.