There are many things to see and do in Willemstad Curacao

▶️ ...Or you can also purchase a yearly subscription and use all the Willemstad walking tours.

The first thing you notice in Curacao is the multitude of languages spoken there.

During our short stay we noticed that almost everyone spoke at least two languages and as many as four.
The official languages are Papiamento and Dutch, but they also speak English and Spanish.

We hit the ground running. We were picked up at the airport by the car rental company and collected our car from the good folks at Blue Skies Helicopters & Car Rental in Otrobanda, Willemstad. I had made the arrangement through Jennifer. She was very helpful as we wanted the car for two days, but a week apart.

We were in and out of the their office in no time and was on our way to Hilton Hotel at Piscadera Bay, which has since been rebranded as Dreams Curacao Resort, Spa & Casino.

The trip to the hotel was interesting as they drive on the right side of the road while we are accustomed to driving on the left. It didn't make it any easier that the car was a left hand drive as well. Eventually I got the hang of it.

▸ Of course you could save some cash if you book a flight and hotel package to Curacao! 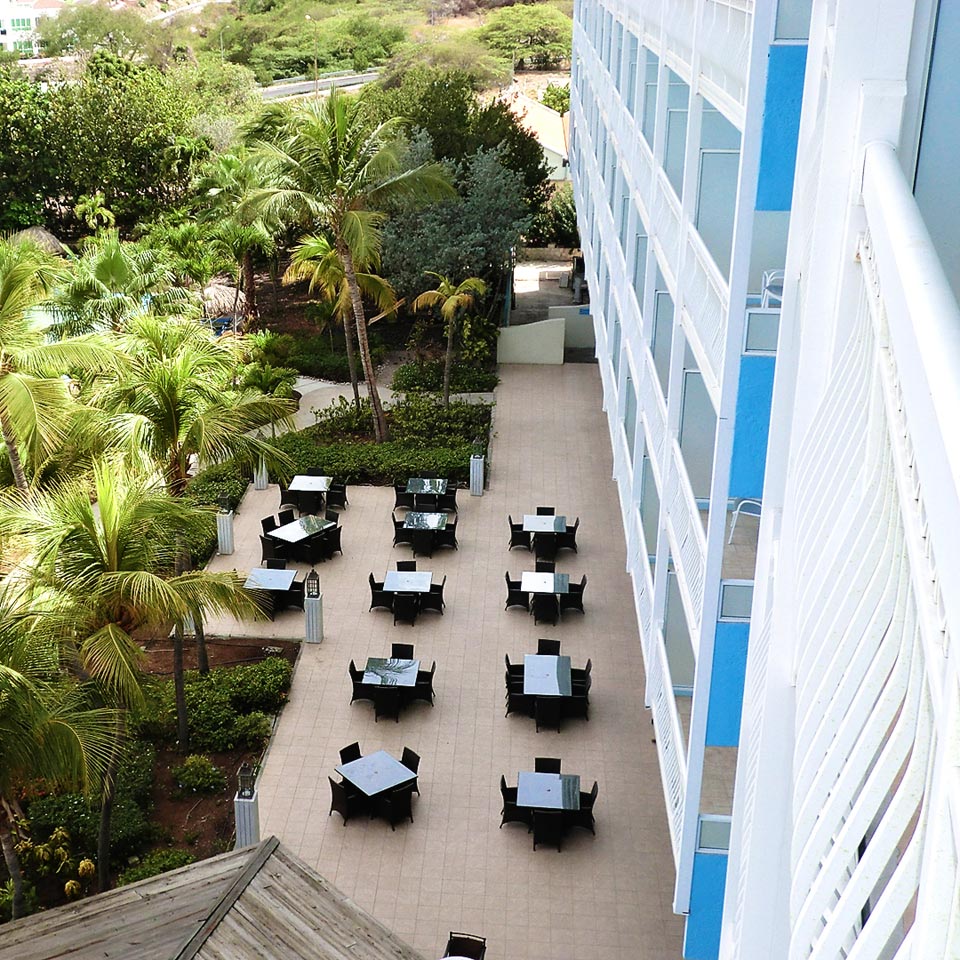 At first glance the Hilton Curacao doesn't stand out. But as soon as we entered the compound we were surprised by the beauty of the premises, especially the white sand beaches surrounding the hotel.

Reception was quick, but having arrived way before the official check-in time of 3 p.m. we had to wait about thirty minutes or so before the room was ready for an early check-in. Early check-in is one of the perks of being a Hilton Honors silver member.

We liked the interior decorations of the hotel. The colors are very calming. The bed is very comfortable and the bathroom was beautiful, but most of all the view from our room was amazing.

When we opened the back door it revealed both the beautiful ocean and pool. You could actually see up the shoreline clearly from the balcony as well. We both agreed that this was a very comfortable room.

What is Curacao known for?

These are 12 of the most popular things Curacao is known for. 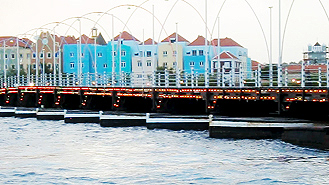 Before we settled in we got some wings and a couple drinks at the Captain Bligh’s Bar. We then took a leisurely stroll around the compound and along the two private beaches located on the property.


It was now time to visit some locations and do some activities. Our first stop was Punda, the main shopping area in Willemstad. It was built around 1648.

The thing that stands out the most is the Queen Emma Bridge (aka "The Swinging Old Lady). It's a movable bridge which connects the two main districts of Punda and Otrobanda in the capital Willemstad. The bridge opens regularly to allow passage of ships and other ocean vessels.

We strolled around a little and before we knew it was late afternoon. Time to get some food. Again! 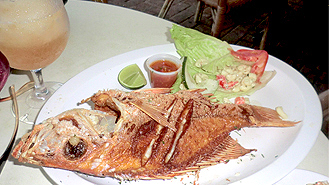 In Punda the place we chose to eat was Iguana Cafe, located on the banks of St. Anna's Bay. It's a wonderful view looking across at Otrobanda.

It specializes in grilled foods and serves a variety of international and Caribbean dishes. It's not gourmet food, but the dishes we chose were enjoyed by both of us. I had the pork chop with onions and Nikks had the catch of the day, fried local fish.

We had a couple cocktails and the view got even better at nightfall with the lighting up of the Queen Emma Bridge and live music added.

The cost of the meal and drink wasn't that bad. We paid around US$31 for both.

▸ WANT TO SEE MORE OF CURACAO? CHECK OUT THESE MUST DO TOURS: 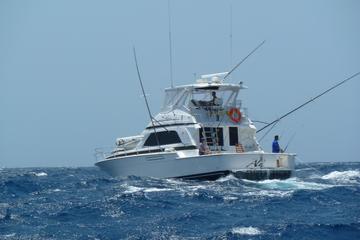 Get out on the ocean and try your luck in catching this big tuna, dorado, , wahoo, marlin, barracuda, mahi mahi.  It is all possible in ... 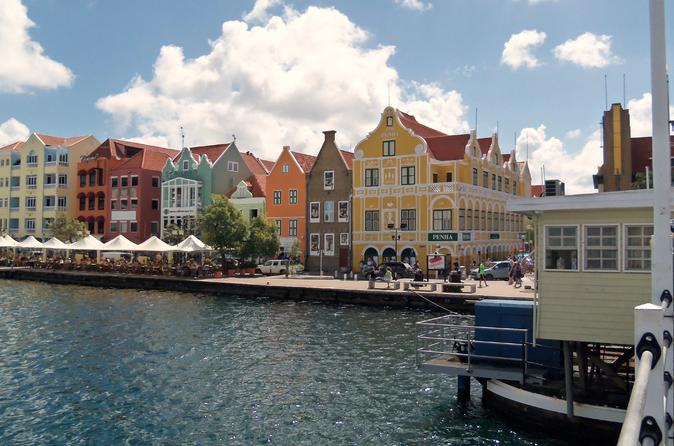 Enjoy the Grand Tour of Willemstad in the comfort of a Tuk Tuk vehicle. Learn all about the extensive of this 'UNESCO World Heritage ... 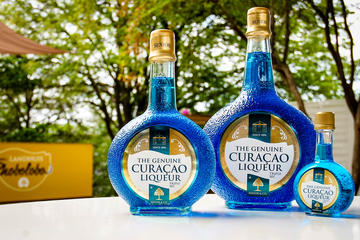 Take a journey through local history and learn about the discovery and production of the Genuine Curaçao liqueur, world famous for its Blue ... 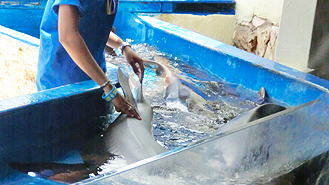 Our visit to Curacao was a short one so we did not have much time to take in all that we can. We decided to visit the famed Curacao Sea Aquarium.

The Sea Aquarium is perhaps one of the most visited locations by tourist. The Public Aquarium is the hub of the Sea Aquarium Park and daily activities include sea lion and dolphin shows, nurse shark action show, aquarium tour, flamingo viewing, stingray encounter, underwater observatory boat, and the touch tanks.

The entrance fee is $US21 which we found reasonable. We caught the sea lion show and then we did the underwater observatory, this was very interesting.

We had been in an underwater sub before. But the difference is that this one doesn't move. It is actually standstill in an enclosed area with many different species of fish including sharks.

We also visited the shark action show where you get to touch the sharks. If you are a coward just don't do it. I actually didn't get to do it because the line was so long and we did not have much time. Yep! I am also a coward. But really I was going to do it. We spent about three to four hours there and it was well worth it. We definitely had fun exploring the marine life of Curacao.

There are many other things to do in Willemstad including a visit to the Shete Boka National Park. The park consists of several inlets on the north coast of the island. The most popular inlet is Boka Tabla.

The others include Boka Mansalina, Boka Plate, Boka Wandomi, Boka Kortalein, Dos Boka and Boka Djegu. If you love turtles, then you are in for a treat as these inlets are protected turtle breeding grounds. 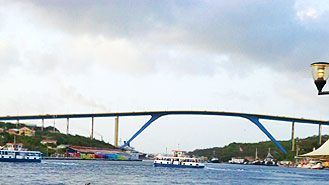 One of the things you can't miss in Willemstad is the Queen Juliana Bridge (QJB). I mean literally. The QJB is labeled as the highest bridge in the Caribbean. It is 185 feet high an overlooks St Anna Bay as well as Willemstad.

There are two forts in Willemstad that you can check out. They are Fort Amsterdam and Fort Nassau. Both are really beautiful, but Fort Nassau also houses a restaurant that overlooks the bay and offers casual fine dining.

Usually floating markets are associated with Asian countries, but you guessed it Curacao has its own, even though it is much smaller now than in its prime. The Floating Market is located a short distance on the east side of the harbor and not to far from Queen Juliana Bridge. You can pick up fresh fruits, vegetables, fish and other local items.

If you want to eat like the locals you can get a meal in Plasa Bieu (Old Market) in Punda. There are several outlets serving local cuisine for you to choose from.

If you have a decent budget you can visit Restaurant & Café Gouverneur De Rouville located at the Otrabanda Waterfront, Willemstad. It serves up both local and international cuisine.

Other restaurants in this budget range are Pleincafe Wilhelmina - they serve international cuisine including from the Netherlands and many Caribbean islands and La Granja which serve Peruvian cuisine if you want to try something different.

▸ On to our first cruise!

What we liked:
Immigration: No hassle. Quick
Airport pick-up - On time
Car rental: Good services. In an out in about 20 minutes.
Hotel: Courteous. Helpful. Early check-in.
Curacao: Laid back. Clean, Happy place.

Our time was too short.

Would we go Curacao again? Yes. 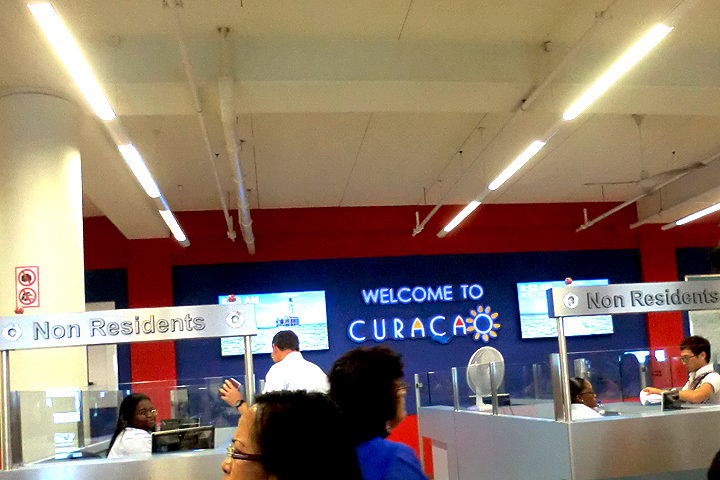 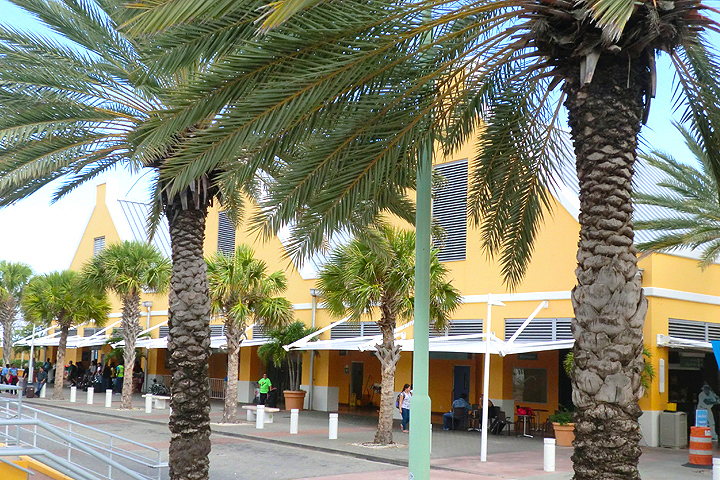 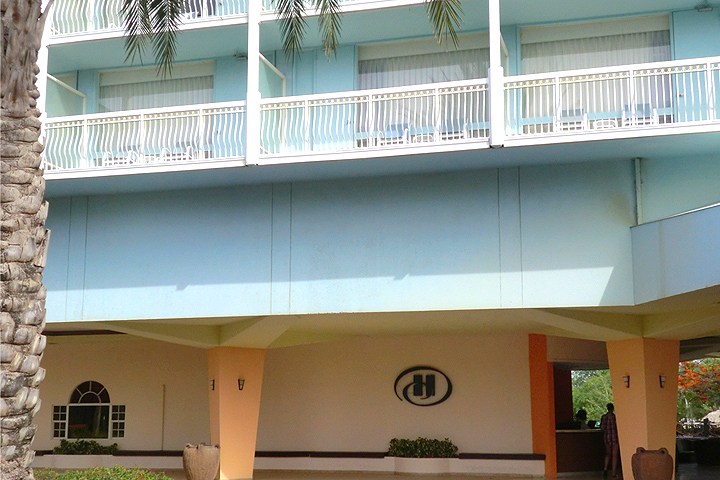 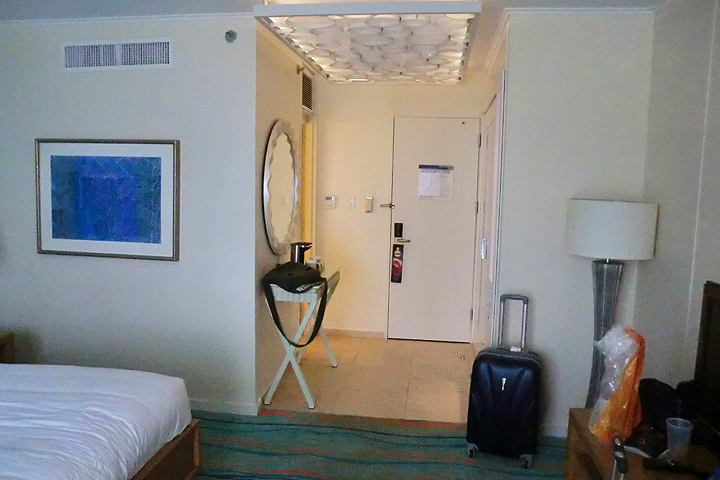 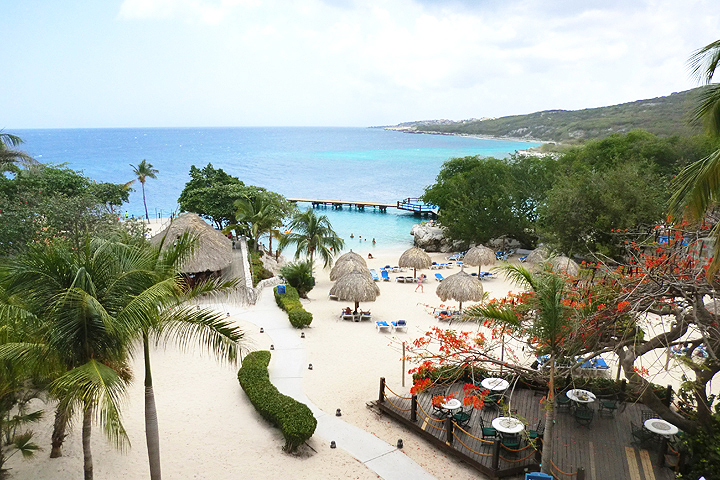 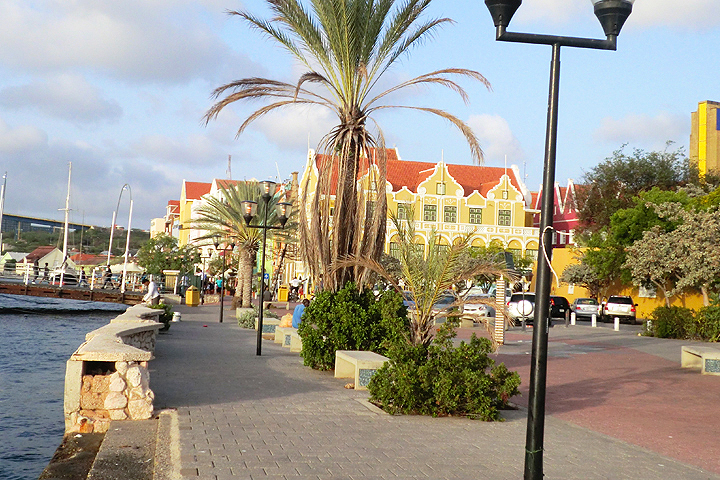 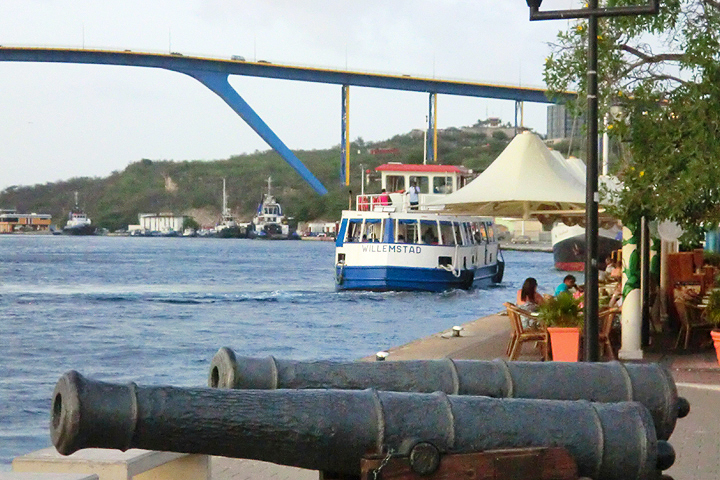 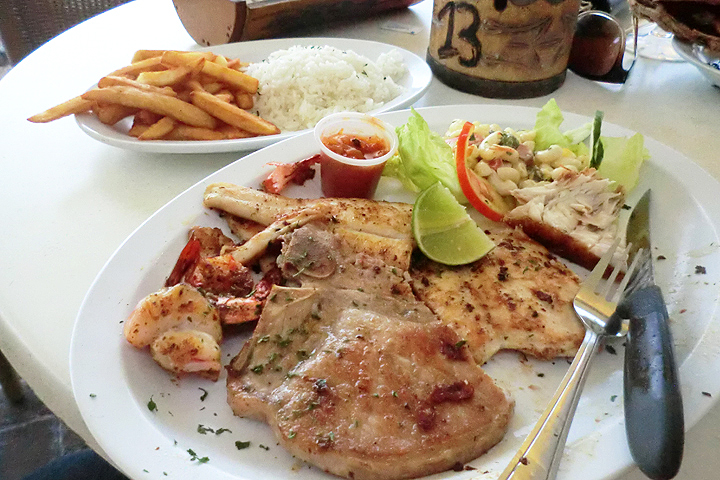 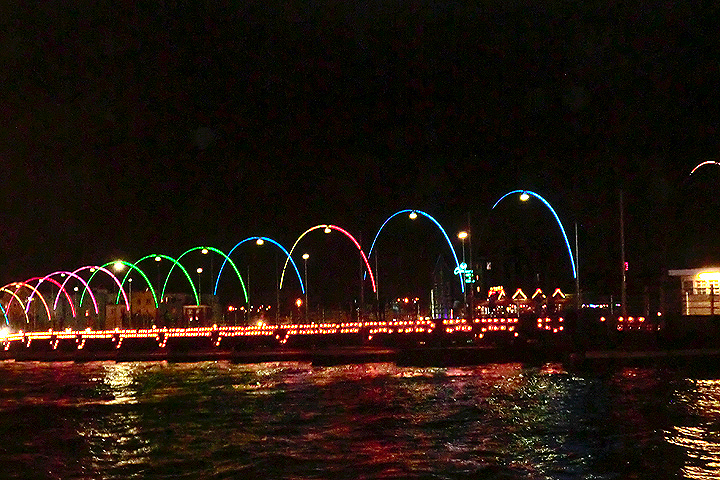 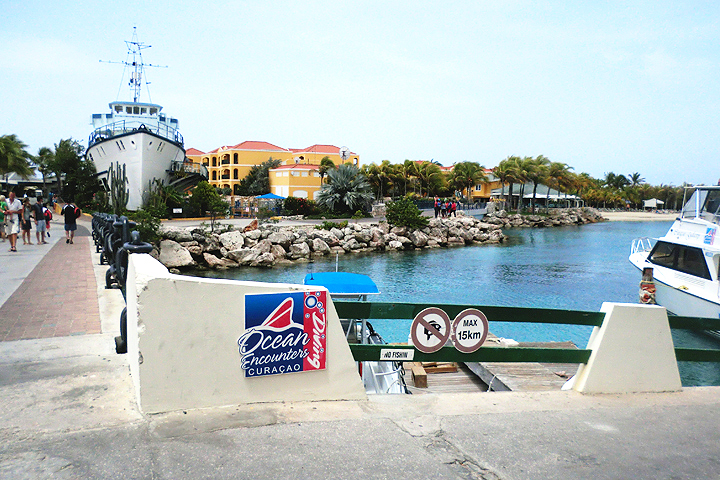 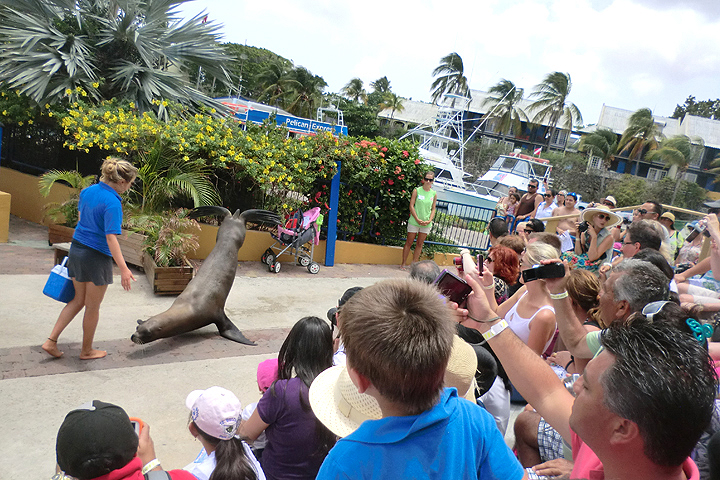 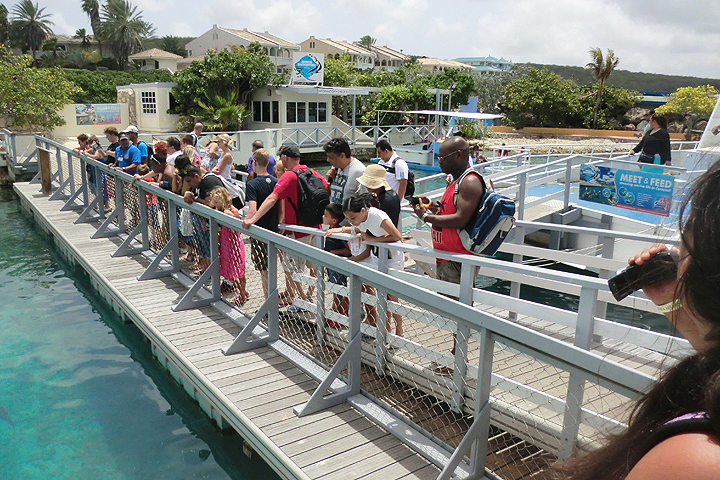 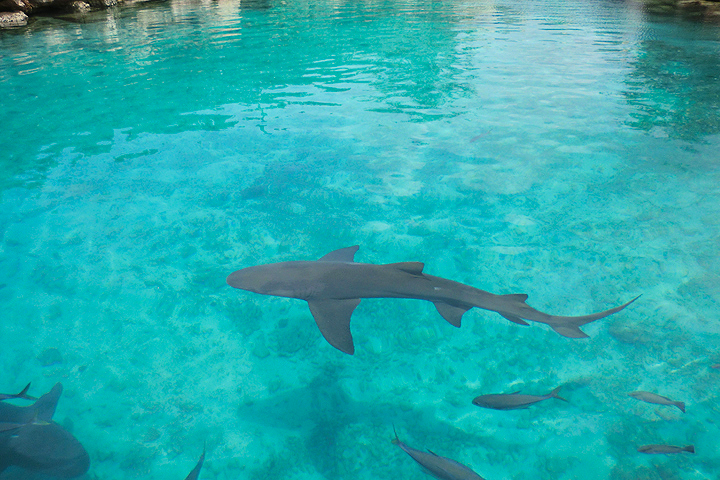 
Download the app with this story so you can find these locations easily.

Which is really better? Hilton Curacao or Hilton Barbados?

8 top food festivals you should go to in the Caribbean

10 of the best places to snorkel in the Caribbean 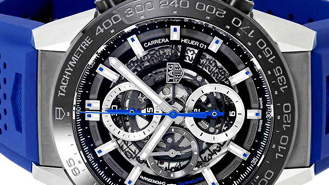