🔽 DEAL ALERT!
Get up to 20% off selected Tokyo hotels!

Whether you're visiting Tokyo for vacation or you're going to take in the events of the 2020 Olympics, you should definitely check out some of Tokyo's attractions.


There are many beautiful parks in Tokyo and it would be a shame to visit the city and not check out at a few of them at least. Also, check this out if you're looking for "Free things to do in Tokyo".

Situated in the inner palace area, the Imperial Palace East Garden is the only section of this area of the palace that is open to the general public.

Although not the most scenic of gardens in Tokyo, many people find it a great way to relax and get away from the hustle and bustle of city life.

The Nomaru pond, which features a variety of aquatic plants that are rarely found in urban areas these days, is the place to go if you are interested in botany.

Many visitors converge on the sprawling lawns in spring to join in and enjoy cherry blossom viewing parties.

While visiting the Imperial Palace you should take a boat ride on the moat along the Chidorigafuchi-Ryokudo walkway.

This large park, situated in the suburban west area of Tokyo. Parts of the park flows into the neighboring Meguro Ward, and was originally going to be the main venue for the 1940 Olympics, which were later cancelled.

Eventually, a futuristic-looking gymnasium and stadium were constructed for the Tokyo Olympics in 1964, hosting sports like volleyball and soccer.

People enjoy the recreational jogging and cycling routes which have been created in the park for the public's use.

The park has a long track, shaded by magnolia, cherry and zelkova trees, stretching all through the grounds, where the locals enjoy cycling and jogging.Early in the 20th century, the grounds of the park were used as a golf course, where even King George V of England and Emperor Hirohito were welcomed to partake in a game.

The area was redeveloped after WWII, where it became a gigantic, multi-functional sports stadium for the 1964 Olympics.

There are three different playgrounds in the area for children to enjoy and many people come over the weekends to watch sports – both semi-professional and amateur, at the stadium in the park.

Meiji Jingu Gaien Park, situated in Aoyama, Tokyo, is popular with visitors from all around the world, who come here to see the spectacular autumn leaves. The park forms part of the Meiji Jingu Shrine, originally constructed in commemoration of Emperor Meiji.

One hundred and forty six Gingko trees line the 300m-long road. They are trimmed regularly and when their leaves turn yellow, from the middle of November to early in December, many say that they look like gold and are breathtakingly beautiful!

Around the same time every year, the Ginkgo festival is held at the park where visitors can enjoy meals from all over Japan, at the many food stalls dotted around the park. 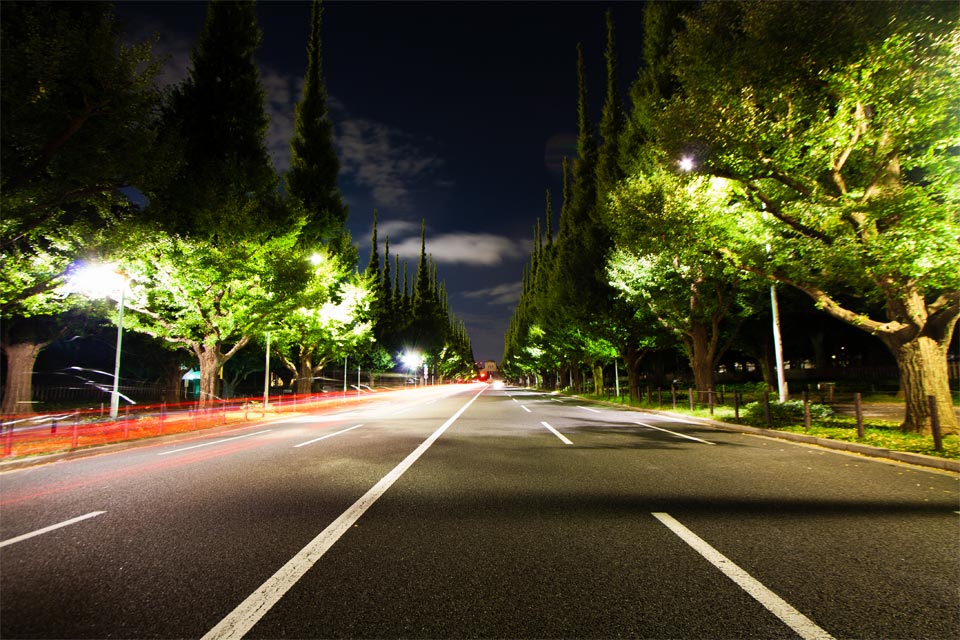 These are three of the popular hotels with great reviews in Tokyo.

The park is also an incredibly popular venue for windsurfing and paddle boarding. On most days, visitors to the nearby mall can be found relaxing on the sand at the beach, after a hard day of shopping!

Features of the park include an 11m-tall replica of the Statue of Liberty, the futuristic Rainbow Bridge and the life-size Gundam robot.

The Lantern Festival, yet another popular activity in the park, takes place annually, in the month of July.

Situated just a few minutes away from Shinjuku Station, Shinjuku Gyoen is one of the biggest and most popular parks in Tokyo.

With its, sprawling lawns, tranquil scenery and winding walkways, the park provides the perfect, relaxing environment for those wanting to escape the hustle and bustle of the city.

Originally a feudal lord's residence in Tokyo during the Edo Period – 1603 to 1867, the park later became a botanical garden, before being taken over in 1903, by the Imperial Family for recreation and to entertain guests.

During WWII, Shinjuku Gyoen was nearly destroyed entirely, but was rebuilt at a later stage and reopened as a public park once again, in 1949. Today, the park is one of the very best places in Tokyo, to view cherry blossoms.

Large ponds in the park, scattered with bridges and islands, are surrounded with well-kept trees and shrubs. Every year, during the first two weeks of November, a chrysanthemum exhibition is held in the garden.

An English landscaped garden and a French garden are the other two main gardens in the park.

Due to the numerous late-and early-blooming cherry trees in the park, Shinjuku Gyoen offers an extended cherry blossom viewing season that runs from the middle of March right until late in April each year.

At one time a part of Kaneiji Temple - one of the wealthiest temples during the Edo Period, Ueno Park, situated right next to Ueno Station, is a large public park well-known for its many museums, namely:

Ueno Park is also home to the first Zoological garden in Japan, the Ueno Zoo,

More than 1000 cherry trees line the park’s central walkway and many cherry blossom viewing (banami) parties are held there during the cherry blossom season from late March to early April. 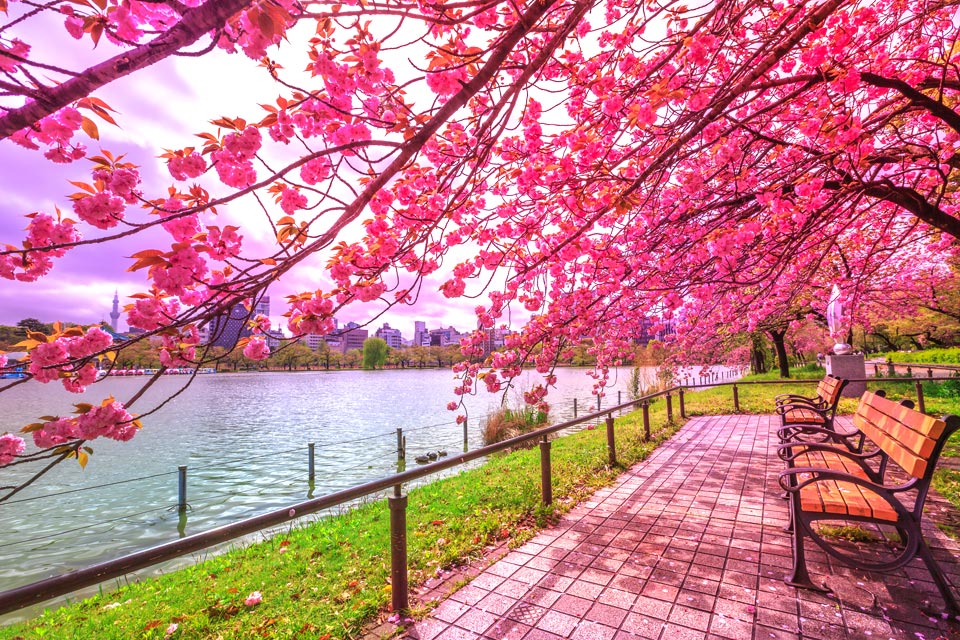 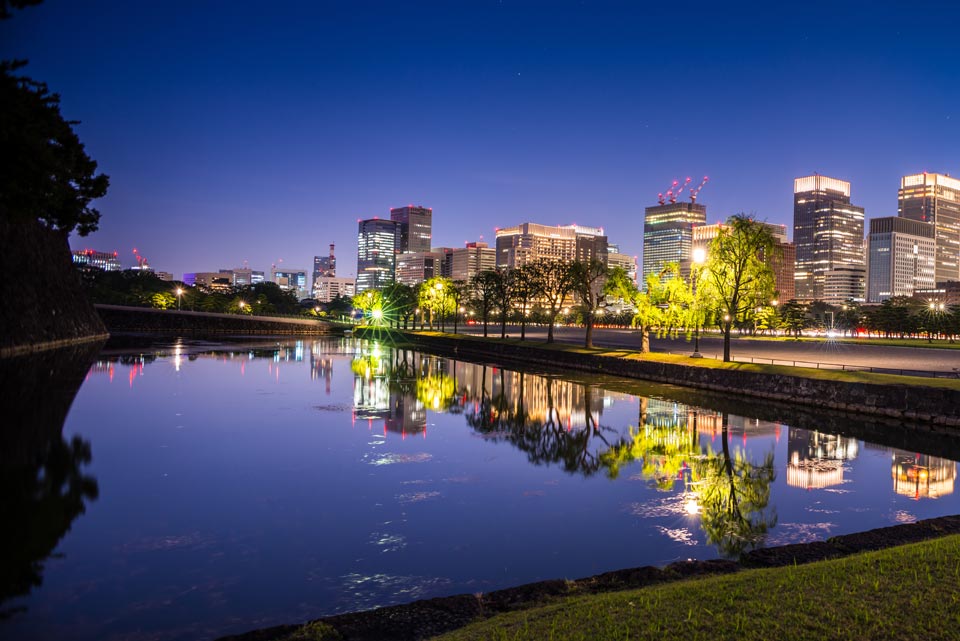 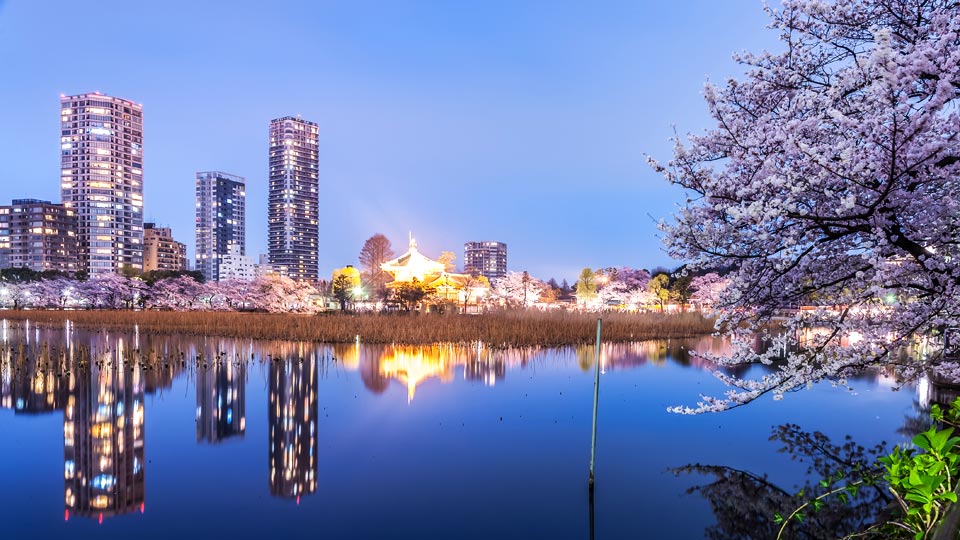 If you're visiting Pattaya, there are a lot of interesting tours worth checking out. 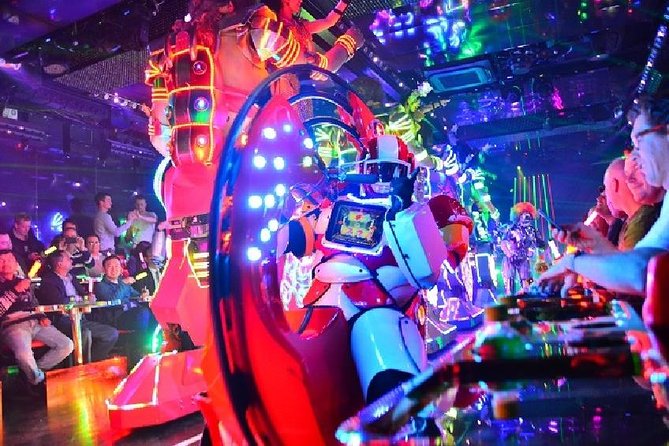 When in Tokyo, don't miss an evening of awesome entertainment at the Robot Restaurant.

Located in the Kabukicho red-light district, Robot Restaurant puts on an eclectic cabaret show with performances ... 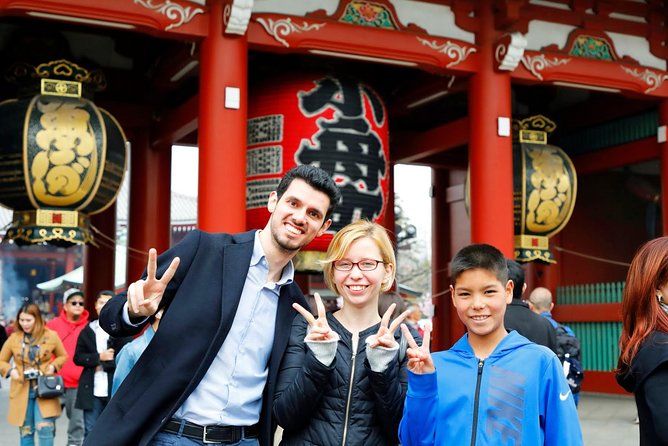 Enjoy a comprehensive tour of Tokyo, covering its best gardens, temples, shopping areas and a Tokyo Bay cruise over the course of a day.

Check out Meiji Temple, the city’s most famous Shinto ... 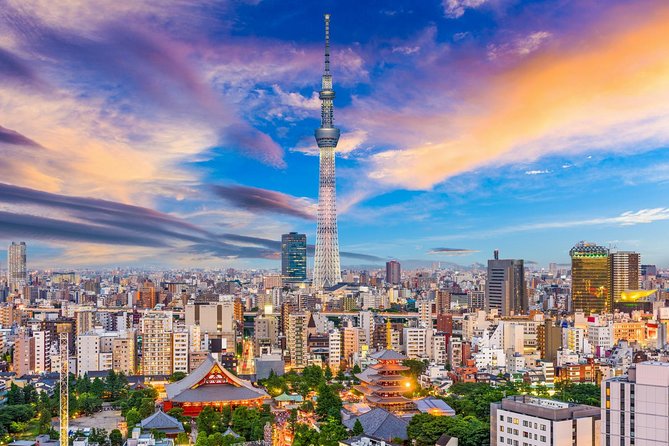 Must See Tokyo with a Local: Private & Personalized

See Tokyo like a local with this trip around town, complete with a local host.

You'll get to visit many of the city's top attractions and off-the-beaten-track gems, with stops to eat and drink at local cafes. Your  ...

One of the largest city parks in Tokyo, Yoyogi Park is huge, with extensive lawns, forested areas and ponds. This makes it the ideal place for picnicking, jogging and a variety of other activities.

Despite Yoyogi Park having fewer cherry trees than other parks in Tokyo, it still offers a pleasant viewing spot for cherry blossoms during spring.

It is also well-known for its forest of ginkgo trees, which turn to a vibrant gold in autumn.

In 1967, before it became a city park, the ground where Yoyogi Park is situated today, was once the site for the Tokyo Olympics in 1964. Prior to that, the park served as a residential area for personnel in the US military. 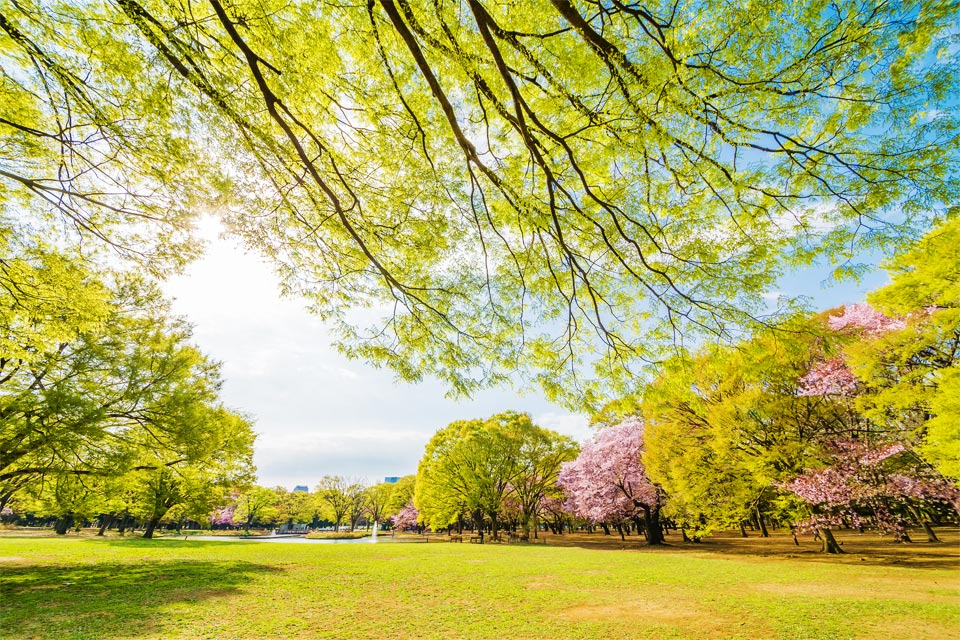 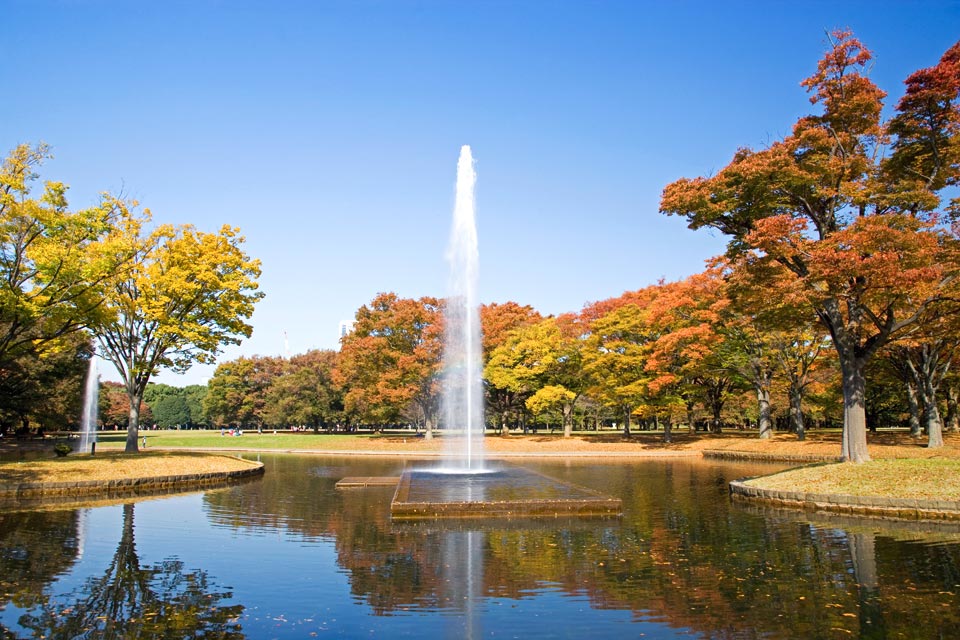 Have you visited any of these parks in Tokyo? What was your experience?